László Kövér in Iran: Hungary wants to be Iran’s “entry point” to the EU 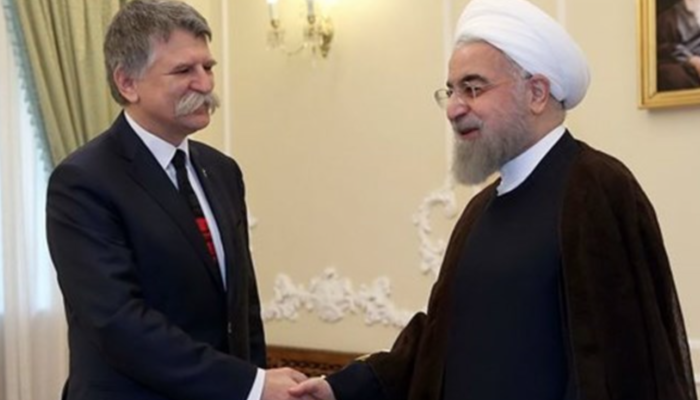 Speaker of the Hungarian National Assembly László Kövér held meetings in Tehran, Iran, over the weekend, where he praised that country’s energy and economic capacities and confirmed Hungary’s intentions for closer economic cooperation, reports 444.hu.

Kövér met with Iran’s minister of economic affairs and finance Ali Tayebnia, foreign minister Mohammad Javad Zarif, and mayor of Tehran Mohammad Bagher Ghalibaf. Kövér said that Iran’s size, industrial and agricultural potential, and 2,500-year tradition of commerce make it an important potential economic partner for Hungary, adding that Iran’s hydrocarbon reserves make it one of the main depositories of the world’s energy supply. Kövér recommended a program of mutual cooperation between the two countries, saying that Hungary could represent an important “entry point” into Europe for Iran.

Iran’s parliament is expected to ratify an economic cooperation agreement between the two countries within the next few months, and if it does, Kövér expects that the inaugural meeting of the intergovernmental joint committee on economics could occur in Budapest as early as the beginning of February.

Kövér said that Iran’s 80 million member domestic market represents great economic opportunities for Hungarian businesses of all sizes, and that countless Hungarian companies are already investigating investment opportunities in Iran. The signing in October of a memorandum of cooperation between Hungary’s import-export bank Eximbank, and Iran’s Export Development Bank, creates conditions necessary for real investments to begin between the two countries’ small- and medium-sized businesses, Kövér said. The first such project is already under way in the form of a waste processing and waste water treatment plant in the Iranian city of Yazd, financed jointly by the two development banks.

In his meeting with foreign minister Zarif, Kövér added that the stability of the region is in Hungary’s interest as well, and that Iran, as a strategically important country, should remain peaceful and stable, and can look at Hungary as a stable partner.

In a lengthy interview given in December 2013 to pro-government print daily Magyar Hírlap, Kövér stated the following:

On the chess table we have only been assigned the role of pawn.  But we are moving like a pawn that does not want to play by the Americans’ rules.  Seen in this dimension, the situation can result in two things.  Either we fall into doubt, or sit back calmly.  We need to choose the latter solution since we cannot influence the situation into which we have come.  May we need to get used to it.  This is not a new experience for us, since Hungarian history has really been about this dilemma since the honfoglalás (Hungarian occupation of the Carpathian Basin some 1100 years ago-ed.).  There were historical dimensions when it was necessary to go to war, when it was necessary to agree, and when it was necessary to wait for better times to come.  We were never too good at diplomacy.  We needn’t work on making the Americans love us now either.  We need to find allies elsewhere.  Those with whom “we row in the same boat”, even on the lower decks. They are the Eastern and Middle European countries.  Resolving the Hungarian question in Slovakia and Romania should not be the policy of the first order.  We may consider whether they share with us the most important challenges — economic and social problems.  Having won membership (in the EU) is it not our mutual goal to emancipate ourselves within the framework of the European Union?   Hungarian diplomacy must concentrate on this and a strategic cooperation with Germany.