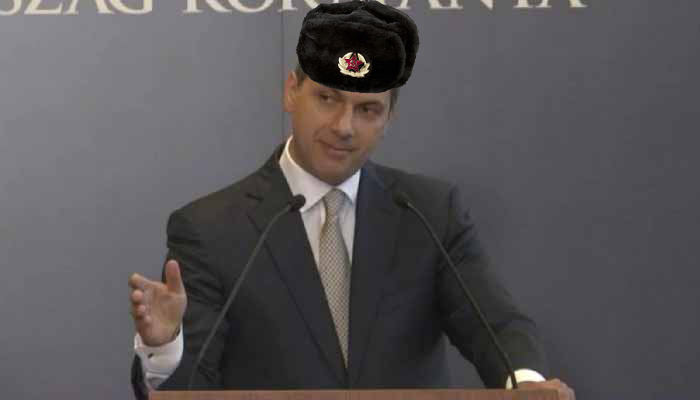 Minister Overseeing the Office of the Prime Minister János Lázár and government spokesperson Zoltán Kovács held their final joint press conference today before taking a much welcomed break from the weekly marathon event until late August.

Today’s shortened press conference touched on many of the themes discussed in previous weeks. Lázár used the occasion to remind Hungarians of the government’s referendum against the so-called refugee settlement quota scheduled to take place on October 2nd. In order for the referendum to be valid, at least 50 percent of the electorate must participate.

The minister also discussed a high-level meeting to take place at the end of July between Prime Minister Viktor Orbán and Christian Kern, Austria’s new chancellor. Lázár expressed his hope that the meeting between the two heads of state will signal a new chapter in Austria-Hungary relations, one that improves economic ties between the two countries and helps them both to better coordinate their response to the refugee crisis.

The minister also took some jabs at the European Union, which he likened to the Soviet Union. Lázár’s dislike of what he perceives to be an overbearing political union that strips Hungary of sovereignty prompted him to say, “We did not step out of the Soviet Union to join another Union, we stepped out so that we could be independent.”

(Unlike Latvia, Lithuania or Estonia, Hungary was never part of the Soviet Union, but rather the Warsaw Pact-ed.)

Lázár also announced that Hungary would be increasing its military spending in the 2018-2019 budget.

(Actually, as a member of NATO Hungary is expected to spend 2 percent of GDP on defense now.  Last year this figure was reported to be around 0.8 percent-ed.)

His announcement is no doubt tied to the NATO summit in Warsaw last week, where, according to the minister, it was decided whether Hungary is to host a new NATO military center in Székesfehérvár.

The Minister Overseeing the Office of the Prime Minister was unable to answer a question regarding who the government sold one its resorts to. The government resort in Lovasberény was recently sold to an unknown buyer for an undisclosed sum. Lázár dodged the question by saying that the government is keen on selling all of its resorts because they are no longer needed.

Regarding Uber’s sudden (but not unexpected) departure from Hungary, Lázár said he is sad that Uber could not play by the rules and stay, thereby ensuring proper competition. As we reported earlier this week, Uber announced it would suspend its operations in Hungary on Juky 24 after the parliament passed legislation making it impossible for the smartphone-based ride-sharing service to operate in the country.