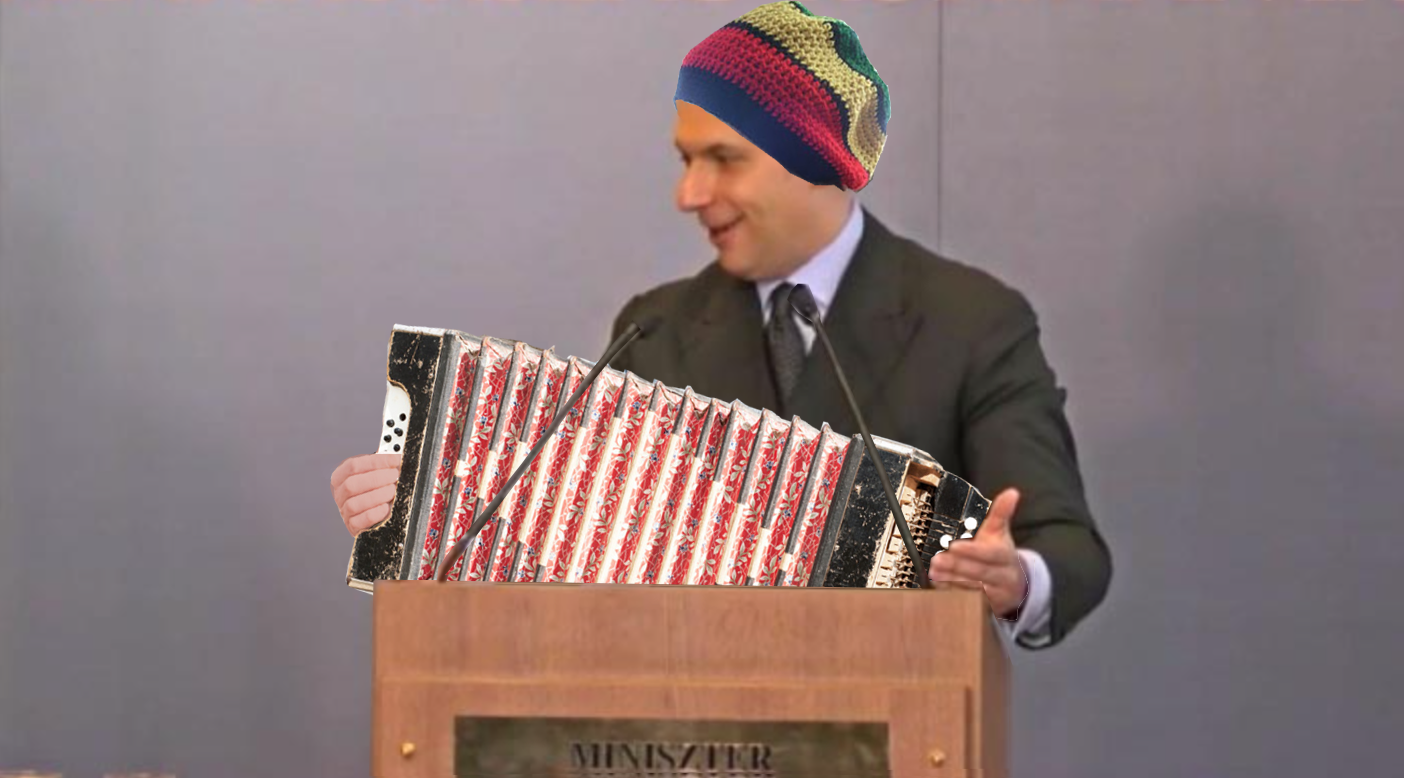 At their weekly Thursday afternoon marathon press conference, Minister Overseeing the Office of the Prime Minister János Lázár and government spokesman Zoltán Kovács addressed last Tuesday’s fiasco at the National Election Office and bills passed by parliament this Tuesday restricting disclosure of information on the operations of the Hungarian Postal Service and companies and foundations owned by the central bank.

Minister Lázár opened his weekly update by informing members of the press that Hungary’s sovereignty is at stake with the European Union’s refugee resettlement quota system. He said the prime minister would continue to fight to represent Hungary’s position at EU summits in the coming weeks.

Lázár said 3,000 migrants had arrived at Hungary’s border in January and February this year. Hungarian intelligence services regularly reported on the situation along the West Balkan migratory route and the government was now convinced that Hungary’s southern border fence with Serbia and Croatia would need to be strengthened.

The minister said preparations are already under way to use Hungarian law enforcement personnel and military to construct a border fence along the border with Romania.

“The majority of illegal immigrants are impatient and aggressive and they pose a significant threat to Hungary and Hungary’s borders,” Lázár said. “These people want to trample European laws underfoot and are trying to get inside the EU in a manner that casts aside European Union law.”

Lázár then complained that Hungary has so far spent HUF 83 billion protecting Europe’s border and only HUF 3 billion of this was provided by the EU.

He said the debate in Europe right now boils down to something that turns out to be the EU’s hot topic for the next decade: should the European Union become a United States of Europe and should EU member states have to give up their sovereignty.

According to Lázár, the “Unionists” want a United States of Europe.

“We here in Central Europe say that national independence is highly important,” he said. The Central European countries wanted a community of sovereign nations.

Lázár said this debate is currently manifested in the EU’s quota system, something the Hungarian government wants to challenge with a national referendum. The government wants the people of Hungary to decide for themselves whether they agree with the government’s position that the country should not have to take any refugees.

The minister said Hungarian political parties that seek to challenge the referendum in court are part of a grand “internationalist left-wing” conspiracy and deliberately want to change Hungary’s ethnic identity.

Lázár said the government has “no position” concerning the recently adopted law allowing the National Bank of Hungary’s foundations to bypass disclosing publicly what public funds are being used for. He was careful to portray the government as though it was representing an independent opinion on the matter.

According to Lázár, the government cannot urge or influence the National Bank because the two are independent of one another. He said all the government can do is ask Minister of Justice László Trócsányi to prepare a recommendation on how to approach this controversial topic by looking at standard practices in “non-eurozone” countries.

“What we think to be proper is if the same rules apply to the National Bank of Hungary that also apply to central banks in non-eurozone countries,” Lázár said.

He went on to say that Hungary can indeed make secret the use of public funds if the decision would serve to satisfy the country’s national interests or financial security interests. Lázár did not elaborate on just how the purchase of fine art and real estate by the National Bank of Hungary warrants the decision to keep such information secret.

The minister also discussed the situation regarding the government’s ongoing conflicts with the European Commission over the controversial expansion of the Paks II nuclear plant. He said the government will propose to modify the law providing for the expansion.

“We were successful in reaching an agreement with Brussels,” he said. “There are intensive discussions taking place between European Commission and Hungary on the subjects of restricted state aid and trade law.”

Lázár was asked about Prime Minister Orbán’s repeated statements that Hungary has taken on between 50,000 and 100,000 individuals fleeing the conflict in Ukraine. The journalist told Lázár neither the Central Statistical Office nor the Immigration and Citizenship Agency had any information that corroborated the prime minister’s statements of there being that many Ukrainians who fled to Hungary.

Lázár could not give a straight answer to this question. Ultimately, he settled on the reasoning that the number recited so many times by Orbán had something to do with the number of people who hold Hungarian citizenship. Lázár said he does not know where those people are but that divulging the number of Ukrainian citizens who also hold Hungarian passports would jeopardize their security because “dual citizenship is effectively restricted and persecuted.”

Whether this reasoning made sense is anyone’s guess, but Lázár sidestepped the question and there is still no answer to whether the 50,000 to 100,000 people claimed by Orbán do exist in reality.

When asked about the law allowing the National Bank to sidestep having to publicly disclose information related to the use of public funds in its foundations, Lázár defended efforts to prevent disclosure by saying there are plenty of examples from around the world that allow central banks to keep secrets. One such example he offered up was that of the United States Federal Reserve.

Lázár said he does not know whether the National Bank of Hungary exerted any influence to get the law passed, but the debate surrounding the law was positive and a good thing. He seemed visibly upset when reporters asked whether it might have been more prudent to have this debate BEFORE the law was urgently passed by the Fidesz-KDNP-dominated parliament.

On the subject of last Tuesday’s National Election Office fiasco, Lázár repeated Orbán’s statement that the event was “unfair.” Lázár went on to say that Hungary’s election laws have proven to be lacking and must be changed. He did everything to avoid having to address the fact that a number of the skinhead bouncers who blocked Hungarian Socialist Party politician István Nyakó from submitting his referendum question were employed by a security company tied to Fidesz managing director Gábor Kubatov.

Lázár tried to play down the severity of the situation by emphasizing that the incident had to do with the weaknesses of the electoral laws, and avoided talking about the criminal aspect of what occurred.

Lázár said he is jealous of reporters who think the MNB secrecy law and the referendum scandal are Hungary’s most pressing problems.