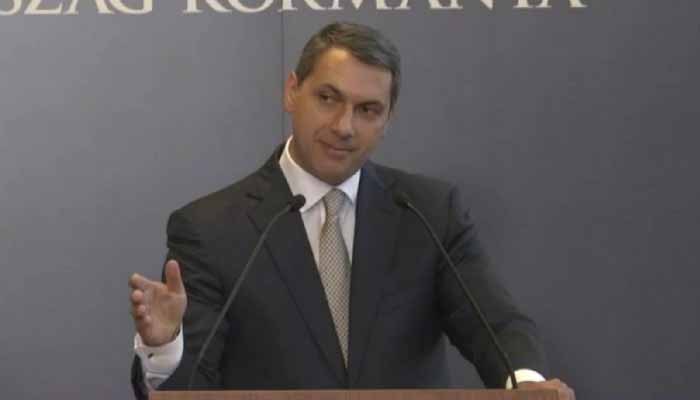 As we reported earlier this week, Hungary’s highest court, the Curia, has given the green light to the government’s referendum on EU plans to redistribute refugees among the 28 Member States in an effort to help those countries disproportionately affected by the crisis.

Lázár’s comment on this was no different from the statement made Wednesday by foreign minister Péter Szijjártó — both think the proposal is nothing less than blackmail.

But Lázár took it one step further by calling the proposal “anti-democratic and inhumane.”

According to him, the quota is undemocratic because Hungarians do not want to allow migrants into their country and the EU is trying to do something that will “significantly alter Hungary’s demographic composition.”

The minister went on to call the proposal inhumane because — get ready for this — it does not take into consideration the wishes of the migrants. According to Lázár, “these people don’t even want to come to Central Europe, but instead want to stay in Germany in hopes of receiving huge social benefits, more benefits than they would receive if they chose to stay in their own country and work.”

He said the Visegrad Group (Czech Republic, Slovakia, Poland and Hungary) are all on the same page in rejecting the Commission’s proposal.

The best way to defeat the quota, according to Lázár, is by holding a referendum and hearing the voice of the people.

He said Prime Minister Viktor Orbán is unable to defeat the EU alone and that’s why he needs the help of the people. That is why it is important Hungary holds a valid referendum on the issue, Lázár said.

How could a referendum do more to reject the quota than the word of the prime minister?

This was just one of the questions that Lázár tried to juggle during the press conference. If the EU is able to make the quota happen in accordance with EU law, how on Earth could a referendum in Hungary challenge that?

Lázár could not answer the question and was somewhat impatient with reporters for pressing the issue, but he did say that he is not willing to comment on the referendum as a lawyer…

Hungary is not Cologne

Lázár also brought up news that broke earlier in the day. According to a story published Thursday morning on atv.hu, a group of refugees residing at a small make-shift refugee camp in the western Hungarian town of Körmend were caught gawking at teenage girls playing handball. Atv.hu said the refugees broke the window of a neighboring building and that parents and students in the area are terrified.

Later in the afternoon, the government announced that Orbán had ordered interior minister Sándor Pintér to “immediately address” the “illegal migrants in Körmend responsible for harassing the handball-playing girls.”

“This cannot happen in Hungary, we will not be Cologne,” wrote the government of the incident. “The government demands Körmend police take the most serious action in every such case.”

Hungarian news site 444.hu then reported that the Vas county police department had released a statement which called the reports of the Körmend incident “inciting” and “baseless.” According to the police, there is no evidence that any migrants broke any windows, no one was injured and the authorities did not report any disturbances.

Lázár obviously didn’t get the message.

Other things that happened at the press conference