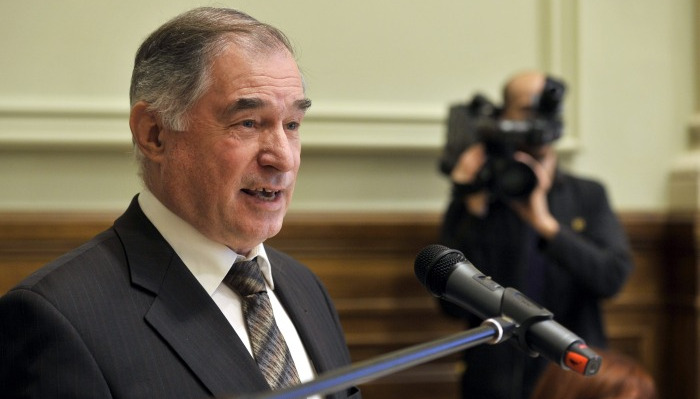 Barnabás Lenkovics, the new chief justice of Hungary’s Constitutional Court, told Kossuth Radio on Tuesday that the court “must adopt to changing social, economic conditions, follow problems, and give new answers to new challenges”, because “it is not possible to solve the problems caused by them with old methods.”

The former legal expert in property law said the responsibility of the Constitutional Court in this situation was to be “temperate”, and “not to block or obstruct the government’s work in cases requiring immediate intervention” because, in his opinion, that is the court’s political responsibility “regardless of who is governing and which party is in power”.

Lenkovics warned against perfecting the law to the point of creating a “heaven of ideas” that completely diverges from real life and society.  He said it was not by accident that certain viewpoints have emerged according to which the Constitutional Court should keep up with “drastic political changes”.  He said a distinction should be made between the activities of the court in “normal times” and in “periods of crisis.”

According to the president of the Constitutional Court, “Hungary has experienced very critical times. From one crisis—the crisis of socialism—to the other, and we don’t know where it’s heading.   The Constitutional Court’s responsibility today is to elaborate the dogma of the new constitution in such a way so as not to discard anything of value from the past twenty-five years.”

In a separate interview given the same day, Lenkovics said legislators must place greater emphasis than before on preparing laws “in a more expert manner”, and on preparing preliminary impact studies.  He told state television M1 that over the past few years laws were often passed without adequate deliberation, which is “acceptable in transition times and times of crises” but says the time has come when it is possible to improve on this.  He said he would like to bring the court’s activities closer to the people and to disperse the perception of the court as deliberating in an “ivory tower”.

Critics accuse Lenkovics if being unsuited for the position of chief justice, having neither taught constitutional law nor published scholarly articles on constitutional matters.