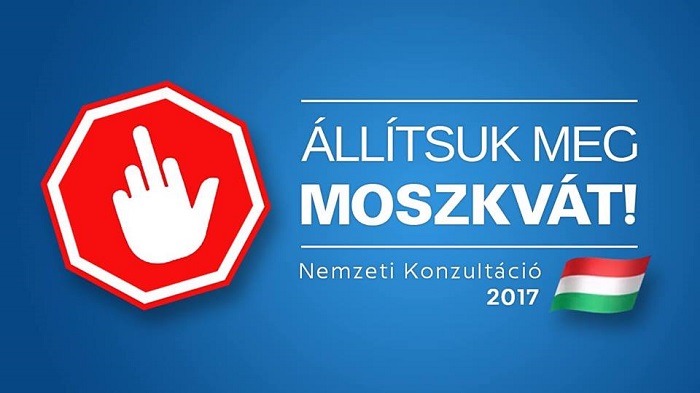 A rally organized for Wednesday of last week by the Facebook group “Let’s Stop Moscow” was cancelled due to bad weather and rescheduled for the following Monday, April 24. Organizers planned to hold a demonstration in front of Russia’s embassy on Andrássy avenue in protest of increasing Russian influence in Hungarian political affairs.

But a statement released by the group late Sunday indicated that the Budapest police chief had announced a closure of the area directly adjacent to the embassy, citing security measures. The police announcement was made less than 24 hours before the start of the planned demonstration.

The Let’s Stop Moscow group reacted to the police ruling on Facebook, saying: “We view the decision as a violation of our basic rights of freedom of assembly, and we will continue to fight for our rights. We won’t allow power to silence protests! It’s very important that we be as many as possible tomorrow and that we show that we aren’t afraid! Let them hear in the Embassy as well that we don’t want Putin’s tyranny! We want democracy and Europe!”

Organizers moved the demonstration to 100 Andrássy ave., about 50 meters from the Russian Embassy. After speeches from several speakers including writers Éva Szentesi and András Lányi, publicist and TV/radio host Robert Puzsér, and activists Nikoletta Antal and Zhenya Belyakov, the demonstration will move to the Fidesz headquarters near Heroes’ Square.

The group’s Facebook page declares that it opposes Hungary’s shift toward a Putin-style authoritarian regime, and argues that increasing Russian influence in Hungarian affairs is destabilizing to the European Union.

“We will not be Putin’s Trojan horse in the European Union!” the group declared on its Facebook page.