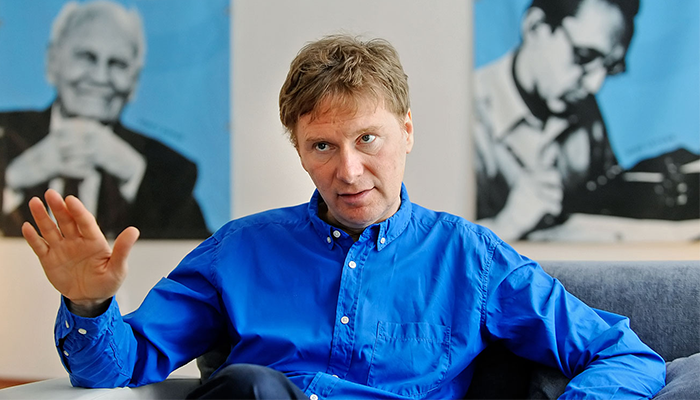 Hungarian Liberal Party chairman Gábor Fodor believes there is one reasonable explanation for the Fidesz’s controversial reform of Budapest’s electoral system: the ruling party is afraid of Budapest. “Fidesz has a deep-seated hatred for Budapest, that’s why they plan to reduce it to nothing,” Fodor said, adding that “the Hungarian Liberal Party would be open to boycotting the election if it could see any broader collaboration in the effort, but alas, there is not.”

As for the ongoing cross-party talks on a shared candidate, Fodor says there is a – so far unnamed – individual who could receive the endorsement of all opposition parties. However he questions the Hungarian left’s willingness to set their own interests aside and act in good faith to support this candidate. The events currently unfolding before us may well result in “Budapest simply dropping into the lap of Fidesz,” he warned. Or, as the Constitutional Court Justice Andras Bragyova put it after the electoral was passed, “Budapest is lost”.

According to Fodor, the recent legislative modification to the municipal election law violate the fairness of voting in direct representation for Hungary’s capital city. Until now, Budapest’s voters elected the city council by casting their votes for party lists, whereas the new system now includes the mayors of Budapest’s 23 districts, as well as a further nine representatives who become members based on the outcome of the so-called compensatory lists.

Why is this so concerning? Firstly, it removes the direct democratic connection between candidates and constituents.  How can Budapest’s district mayors represent the interests of their district’s constituents if they are obliged to serve the interests of the entire city? Secondly, it is disproportionate. There will be mayors who barely received 20,000 votes while there are others who had received more than 400,000 votes, and the vote of both mayors will be of equal worth.

“The issue doesn’t just call into question a fundamental right, it also undermines the fundamental democratic right to vote in fair elections. That is why the Constitutional Court “bears a significant responsibility for its assessment of the law’s constitutionality,” reasoned the Chief Justice of the Constitutional Court Peter Paczolay when giving his dissenting opinion. In essence, Paloczay’s comment speaks of what lies at the core of this issue: political interests.

Fodor believes it is important to note that as the Constitutional Court produced an 8-7 vote on the law, it put the head of state in a difficult situation. Nevertheless, a slight majority is still a majority and that was more than enough to prompt President Ader to dutifully announce the date of the Budapest municipal elections the following day. “It was an incredibly poor decision for Hungary’s Fidesz legislators to force this law through so soon before the election. Even Istvan Stumpf, one of the Fidesz-appointed Justices, shares this opinion,” says Fodor.

According to Stumpf any legislative modification concerning election law which takes place with less than one year suggest intent to cater to political interest even if there are no motivating manipulative interests behind the law. Despite his opinion Stumpf still voted in favor of the law.