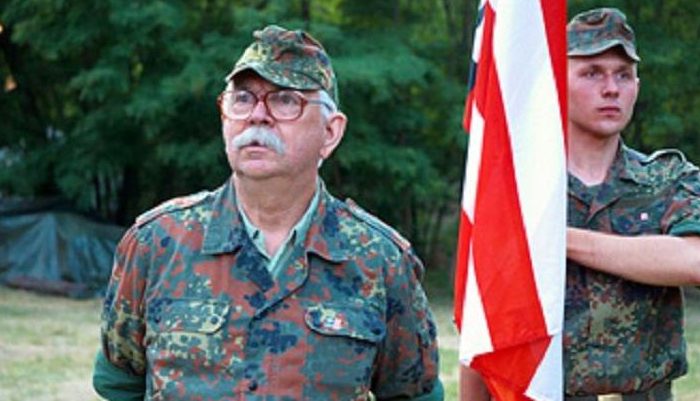 Parliamentary opposition party Politics Can Be Different (LMP) has called for the formation of an ad hoc parliamentary commission to examine Russia’s rising influence over Hungarian politics, reports index.hu. The request comes in response to recent events suggesting Russian meddling in the country’s affairs, including the Russian ties of militant nationalist group Hungarian Front Line (MNA) and its founder István Győrkös (pictured here on the left) who stands accused of killing one police officer and wounding another during a police raid on his home in the village of Bőny last month.

The seven-member committee would be composed of four members of the ruling party and one each from Jobbik, LMP and the Socialists (MSZP), and according to LMP board member Péter Ungár, the committee would “investigate the background of important national security or corruption risk issues connected to the gaining of Russian influence in Hungary.”

LMP has outlined three primary functions of the committee:

Ungár said that given the novel and unusual nature of Russia’s alleged attempts to gain influence in Hungary, the creation of an outstanding body beyond the scope of the National Security Committee is necessary to gain a better understanding of those attempts.

“Recent political developments in Moldova, Bulgaria and Montenegro clearly indicate that the east-central European region, of which Hungary is a part, is falling more and more under Russian influence,” he said, adding that the deal to expand Hungary’s Paks nuclear reactor facility via Russian financing also indicates the Hungarian government’s closer relationship with Moscow.