Lőrinc Mészáros proves once again that he has the Midas touch 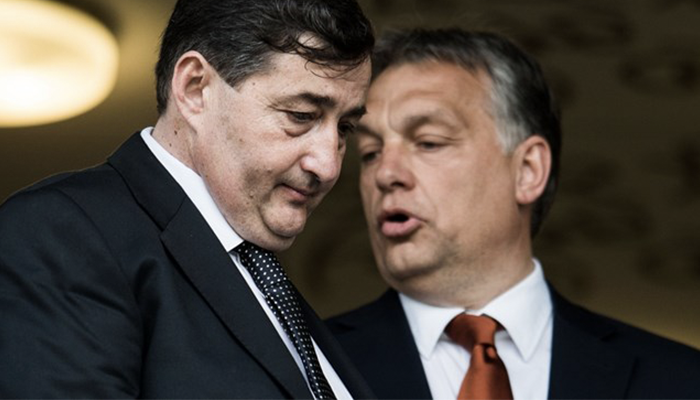 85 percent of the project is financed with funds provided by the European Union.

Mészáros’ company has a lot of experience with railway improvements. Between 2012 and 2015 it renovated a 53-kilometer stretch of railway at a cost to Hungarian and European taxpayers of HUF 44 billion (USD 157 million).  The following year it won a tender to modernize the same line for an additional HUF 33.7 billion (USD 120 million) so that express and local trains could run 17 minutes and 5 minutes faster, respectively.

The same company  participated in the electrification of the railway between Szombathely and Zalaszentiván, the final cost of which exceeded the original (HUF 55 billion/USD 196 million) contract by 40 percent.  It also worked on the renovation of railway lines between Szántód and Balatonszentgyörgy and between Fonyód and Kaposvár — EU-funded projects costing a total HUF 73 billion (USD 260 million).

Mészáros’ remarkable penchant for winning lucrative state contracts enabled the former gaspipe fitter to make HUF 100 billion in 2016, making him Hungary’s fifth richest person.  In February this year it was reported that his companies had paid off billions of forints worth of debt on behalf of Orbán’s relatives.