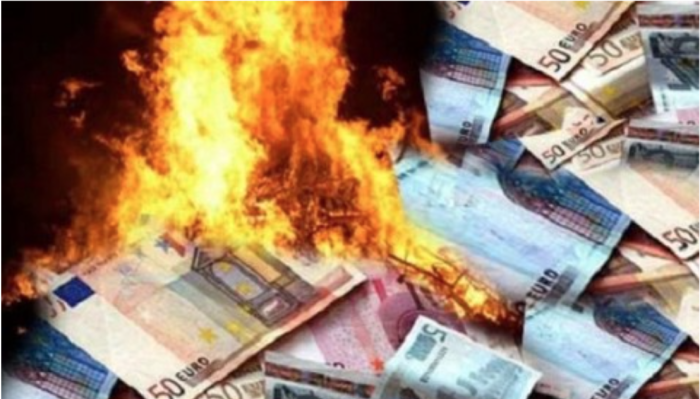 It seems the cost of government-mandated public utility price cuts will be paid for with public funds after all.

Hungarian news website Index.hu writes that Hungary’s natural gas companies are lining up to give their licenses back to the government. The Hungarian government’s newly-created First National Public Utility Provider Corporation will back taking over utility providers’ customer bases in an effort to manage the catastrophic situation. The government will now have to swallow all the losses it had earlier imposed on the foreign-owned utility companies.

It doesn’t matter that you don’t heat or cook with natural gas, you’ll pay for it anyway….

….because the Hungarian government will be taking over the residential customers that are being abandoned by the foreign-owned utility companies. The latter are leaving the business after being forced to swallow losses in the ten of billions of forints for years. The government will plug these losses with public funds, and the rezsicsökkentés (government-mandated public utility price cuts) will now be paid for by the Hungarian nation.

While it’s possible that these companies’ losses come as the result of poor decision-making, it’s likely that they are also the result of a combination of two things: the fall (internationally) of natural gas prices and the government-mandated public utility price cuts.

The Hungarian government plans to take over the sector with its newly-created First National Public Utility Provider Corporation but that won’t solve the problem of “losses”, it’ll simply nationalize “losses” to be paid for by the state budget.

The government purchased Főgáz, taking with it the company’s 600,000 residential clients. GDF Suez and E.On have given the government their licenses which allowed them to sell gas to 750,000 and 650,000 customers, respectively.

Index.hu reports that within days Tigáz is likely to decide whether they’ll stay in the market.

Gas won’t be any cheaper

Although the state-owned First National Public Utility Provider Corporation has no profit targets, they won’t have to reduce the price of gas. The company has promised that it will soon start expanding by dabbling in the electricity and district heating business.

Index.hu writes that the end-user price of gas isn’t overly affected by the cost of customer service, which makes up only a small percentage. More important is the cost of the gas itself and the efficiency of the provider.

Hungary is plagued by overly ineffective, money-guzzling and loss-generating state-owned enterprises – all paid for by public funds. Now that the government is taking over the public utility sector, it’s safe to assume these characteristics will carry over.

It will be interesting to follow how the First National Public Utility Provider Corporation will adapt to the fluctuating cost of natural gas. Currently, the cost has dropped significantly, making it easier to take advantage of the situation. However, it isn’t known what’ll happen when the gas prices go up.

If the state-owned utility company raises prices as the result of rising gas costs, it will no longer be able to play the “blame the profit -hungry multinational corporation” card.