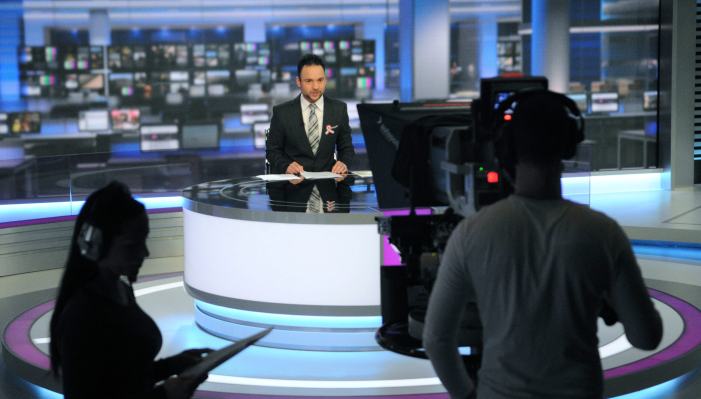 Television news history was made Sunday morning.  Revamped state-owned news channel M1’s glitch-plagued maiden broadcast achieved a viewership of 0 percent among commercially important viewers between the ages of 18 and 49 according to Neilson ratings, all at an annual cost to Hungarian taxpayers of HUF 80 billion (USD 275 million).

Viewership of the 7:30 pm news plummented from 330,000 on March 8 to 240,000 on March 15 despite the national holiday featuring numerous newsworthy events around the country in commemoration of the Hungarian revolution of 1848.  However, poor (or non-existent) viewership did not prevent the channel from boasting the next day that it had achieved the higher viewership (5.3 million) of all the channels, both public and private. 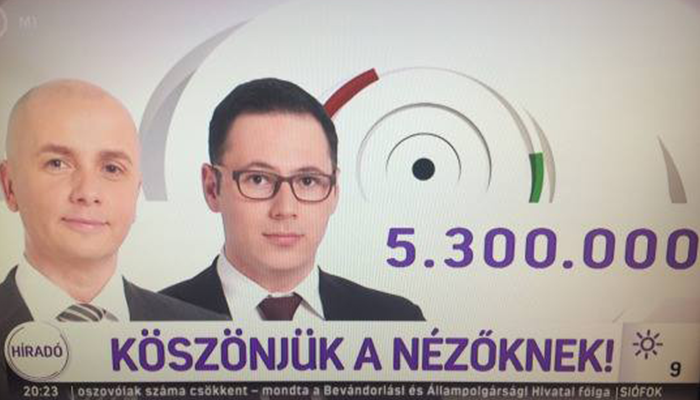 “We thank our viewers!”

In fact, this figure represents the number of people viewing the channel for at least one minute, and as such is meaningless as a rating according to comment.blog.

M1’s maiden broadcast experienced so many technical problems that daily news portal index referred to it as the “National Benny Hill channel”, after the famous English comedian.  They were unable to connect to remote camera crews, and when they did there was no sound.  At one point a series of randomly edited segments showed up before the screen faded to black for a few seconds.  Correcting the mis-spelled name of the President of the Republic, from “Ádár” to “Áder”, took M1’s news production team over an hour.

Commenting on the problem-plagued maiden broadcast, MTI CEO László Zsolt Szabó told Origo “one does not make mistakes if one does nothing.”

Government politicians do not appear to have expressed much interest in the new, non-stop news channel, despite it costing Hungarian taxpayers an estimated HUF 80 billion a year. Fidesz MP János Bencsik told Nol.hu ”I’ve only read on Origo that the start was very entertaining”.  Fidesz caucus leader Antal Rogán declined to comment.  And even Fidesz MP and undersecretary at the office of the Prime Minister  László L. Simon told reporters he had “no time to watch TV”.

Opposition politicians were less glib in their assessment.  At a press conference on Monday, the Democratic Coalition`s (DK) László Varju said the money spent on state television could be used for much better objectives than hustling Hungarian voters and serving the needs of ruling party Fidesz.

In an interview given to ATV the evening after he took the oath of office, independent MP Zoltán Kész called for the elimination of state television altogether.

The problem plagued maiden broadcast did not escape the notice of foreign broadcasters, The British Broadcasting Corporation (BBC), on which the newly revamped Hungarian state television is modeled, noted that the maiden news broadcast featured segments of nothing more than blank screen with the M1 logo in the upper left hand corner.

Germany’s Der Standard called the broadcast a “disaster” and a “parody” of BBC and Fox News featuring silent microphones, edited clips projected on top of one another, unsuccessful remote broadcasts, a reporter stuttering in confusion, and a news anchorman starring at the camera helplessly.

444.hu attributes the disastrous start to the fact that, in the interest of saving money, M1 is to be largely produced by interns costing a fraction of the scores of employees dismissed over the past year and a half.

The political scientist Zoltán Lakner write in an article published by news portal Hír24 “from a large amount of money, M1 was obviously made for showing an alternate reality that is suggested and lived by the government”. He thinks “if Orbán really believes it is alright like this, then public news television will not lead the way back to his voters, but will ultimately close him into his narrowing world”.