Magomed the Chechen still at large 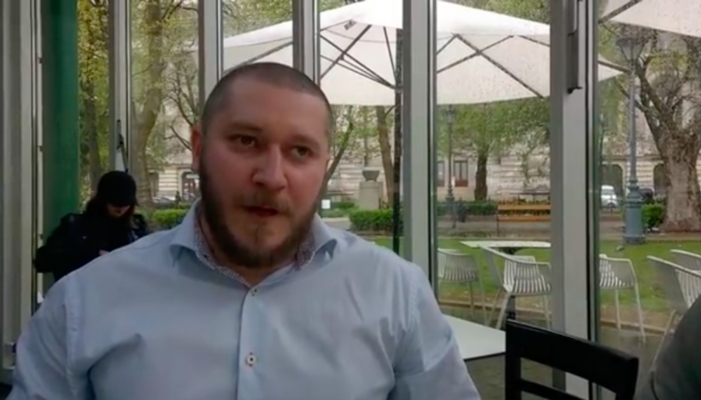 The mysterious Chechen who forced Hungarian activist G Ras to apologize on camera after the rapper threw balloons filled with food coloring at the monument to Soviet Liberators in Freedom Square in Budapest in April still has no residence permit, according to Hungarian conservative daily and news site Magyar Nemzet.

Magomed Dasaev is working at a Segway rental company in downtown Budapest and is not bothered at all by the on-going investigations into his activities in the Hungarian capital, according to Magyar Nemzet. Dasaev has had no residence permit or any citizenship at all for two and a half years now. He claims that when he was notified three years ago that his residence permit was about to expire, the former Immigration and Citizenship Office informed him he would only have to renew his permit if he leaves the country. Dasaev says he applied for a new residence permit a few weeks ago and is waiting for the authority’s decision.

His claims are dubious at best, according to a lawyer familiar with immigration cases. “If they [the authority] find anyone without a permit, they immediately take them into immigration police custody,” the lawyer said, underlining that a foreigner cannot be legally employed without a residence permit. According to Dasaev, he has not been taken into custody.

Despite Magyar Nemzet’s requests, the Ministry of Interior failed to provide information about the investigation that was initiated by Minister of Interior Sándor Pintér at Prime Minister Viktor Orbán’s behest in April. However, at a sitting of the National Security Committee, it was revealed that because of his network, Dasaev is under observation by the Constitution Protection Office (AH), Hungary’s civil secret service. When asked by Magyar Nemzet whether he had any connections to the Russian intelligence agencies, Dasaev quipped: “Should I have such connections, I would live the life of a Russian millionaire.” In a later conversation he failed to give a clear answer to Magyar Nemzet’s question whether he has ties to Russia’s Federal Security Service (FSB), the interior successor of the KGB.

“It is not hard to put the pieces together,” said Jobbik MP and chair of the National Security Committee Ádám Mirkóczi about Dasaev’s connections. However, Mirkóczi did not confirm nor refute assertions that the AH has revealed a connection between Dasaev and the FSB.

Meanwhile, the investigation into an unknown offender’s possible forcing of Gergő Komáromy “G Ras” was suspended. According to Magyar Nemzet, the last time Dasaev was questioned by the police was less than a month ago, and the affected parties have not been notified since then. The Budapest Police Headquarters (BRFK) declined further comment on the case.