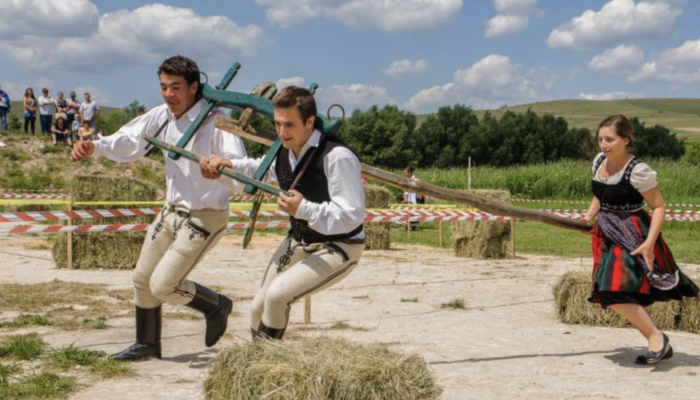 A survey conducted by pollster Publicus shows that while a majority of Hungarians support granting citizenship to ethnic Hungarians in neighboring countries, public opinion is split on whether they should be afforded voting rights. 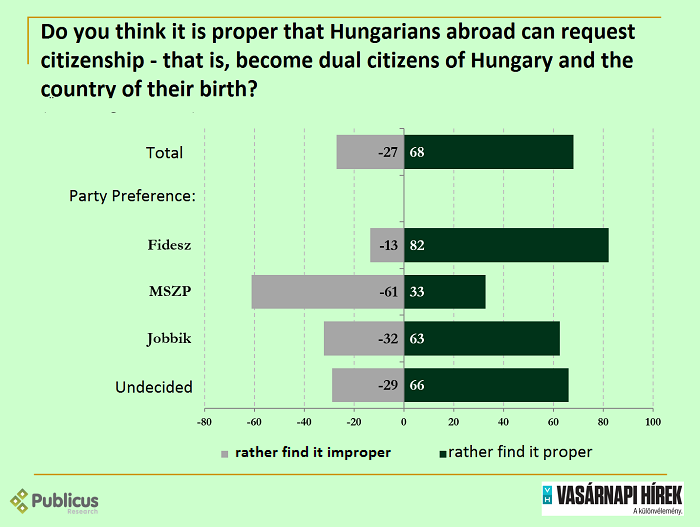 According to the poll, commissioned by newspaper Vasárnapi Hirek, 68 percent believe Hungarians living abroad should be eligible for Hungarian citizenship. Support for citizenship is consistent among voters with party preference for both Fidesz (82 percent) and Jobbik (63 percent), and among undecided voters (66 percent), while 61 percent of Hungarian Socialist Party (MSZP) voters oppose granting citizenship to Hungarians living outside the country’s borders.

But while support is high for citizenship for ethnic Hungarians, less popular are other forms of legal and financial support for such citizens living abroad. More than half of respondents (57 percent) rejected extending voting rights to such Hungarians, and 60 percent rejected extending other kinds of state support (medical care, social aid, retirement pension, child care, etc.). An overwhelming majority, 81 percent, found it objectionable that the Hungarian state spent billions of forints on a soccer academy in Székelyföld (Ținutul Secuiesc) in Transylvania, Romania.

Among those who supported extending voting rights to Hungarians abroad, only 44 percent maintained their support with the knowledge that such voters pay no taxes in Hungary. The continued support for voting rights was highest among Fidesz voters (50 percent) and lowest among MSZP supporters (13 percent.)

MSZP opposition to granting citizenship to Hungarians abroad may also be due, in part, to the perception that such voters are overwhelmingly Fidesz supporters. When asked whether they knew which Hungarian party ethnic Hungarians abroad tend to support, a majority of MSZP supporters (70 percent) answered Fidesz, compared to 56 percent answering Fidesz from a sample of the general population. (In reality, more than 90 percent of dual-citizen Hungarian voters abroad vote for Fidesz.) 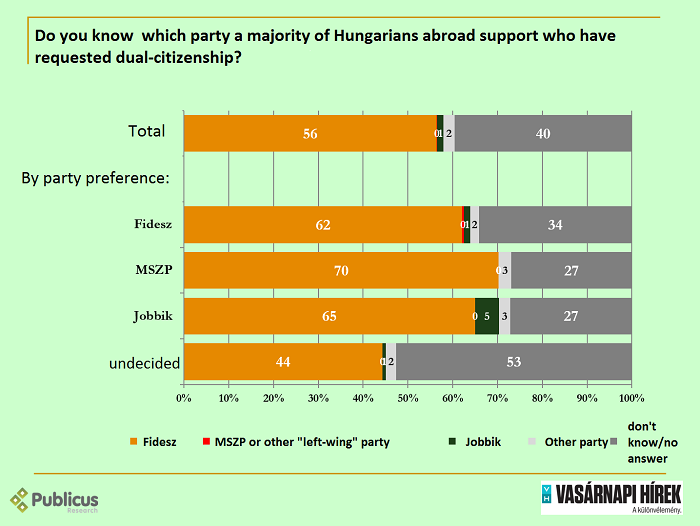 The fact that dual-citizen Hungarian voters tend to vote for Fidesz suggests support for those voters is merely a way to generate further electoral support for the party. 22 percent of respondents said Hungarians abroad are important for the government because it feels a responsibility toward them, while 57 percent said they are important only because the government can use them to maximize its votes.

The poll was conducted among 1,002 respondents between August 10-12.