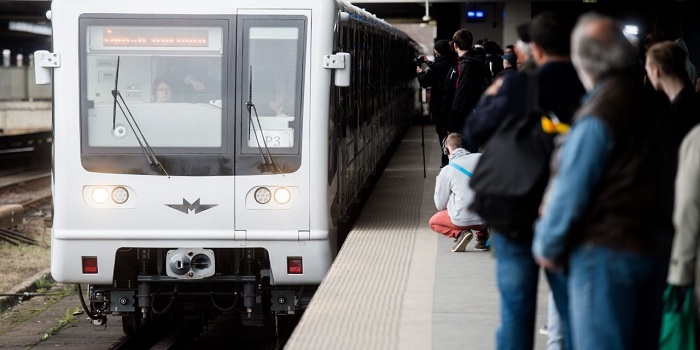 Two and a half months into their operation, the recently renovated subway cars on the M3 metro line produced the most critical malfunction so far by opening doors on both sides of the car at the Kálvin tér station, reports index.hu based on information from the For the Metro Association.

The renovated subway cars have already had smaller malfunctions labelled diminutively as “teething problems” and “works of evil” by Budapest Mayor István Tarlós, but this latest glitch raises serious safety concerns according to index.hu’s BKV sources. Engineers think the problem may have been unique to the particular train, and three other renovated subway cars will stay in operation, according to index.hu.

Russian and Hungarian engineers are trying to find out what caused the malfunction. Specialists are inspecting everything in the carriage from the onboard computer to the wiring of the doors, but so far they have not found out what went wrong.

Out of the 37 renovated subway cars ordered in 2015, nine have arrived in Budapest so far. Six of these have passed official examination and three are awaiting trials. Out of the six cars that passed the examination, four are operating on the M3 line, one is not yet in operation, and the one that malfunctioned has been withdrawn.

In 2014, Budapest City Council decided to renovate 37 of the 30- to 40-year-old Soviet-era subway cars running on M3. The HUF 69 billion (USD 251.78 million) contract was awarded to the Russian firm Metrowagonmash that originally manufactured the cars, after the other contender, the Estonian Skinest Rail, was excluded from the competition even though its renovation would have cost less. The decision to renovate the obsolete subway cars instead of purchasing new models was widely criticized by experts. In 2016 nol.hu revealed that Metrowagonmash in fact completely reconstructed the subway cars, and created a new model contrary to BKV and City Council officials’ claims about the renovation.

According to professionals, despite Tarlós’s assertions that the renovation was the more affordable solution, in the long run the investment will cost more due to operational and maintenance costs than if BKV had ordered brand-new subway cars from another contractor.