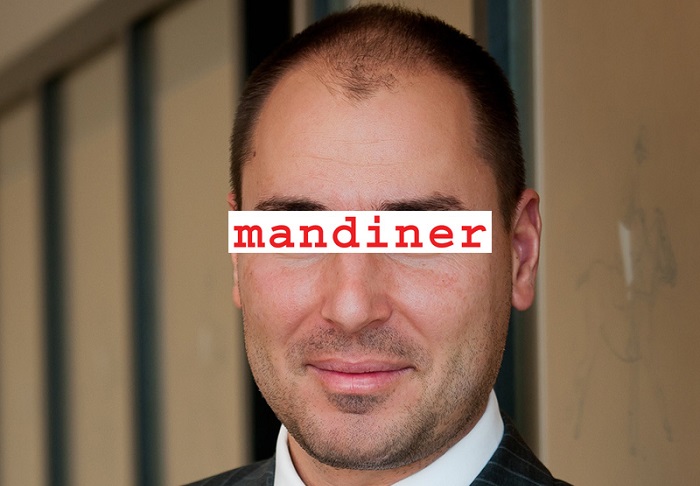 As we reported last week, Tombor incorporated a business this month under the name Mandiner Press Kft., suggesting that the Fidesz-tied businessman was preparing to purchase Mandiner. Investigative journalism NGO Átlátszó.hu first broke the story, which was confirmed Thursday morning when Tombor’s new company, Mandiner Press Kft., was listed on Mandiner’s website as the site’s publisher.

Tombor became well-known when he lent HUF 20 million to Árpád Habony to assist in Habony’s construction of a pro-government media empire at Orbán’s behest. Tombor is also the owner of one of Hungary’s largest advertising sales firms, Atmedia Kft., which sells ad time on state media and pro-government media networks such as TV2.

Previously, Mandiner.hu was published by Mandiner Kft., which was owned by the site’s editorial staff. According to Mandiner’s impressum, and a statement released Thursday on the site, Gellért Rajcsányi has remained the outlet’s editor-in-chief.

Manager of previous publisher Mandiner Kft. Gábor Gerényi told Magyar Nemzet that the change in publishers occurred because he and former editor-in-chief Ákos Balogh wished to continue their careers in different fields. Two other members of Mandiner’s editorial staff, Beáta Bakó and Martin Bukovics, have also reportedly tendered their resignations. Gerényi said Tombor has “plans for development” but nothing would change for the moment at the site.

Bakó and Bukovics, who in recent months produced a video series called Azonnali Kérdések on the site, promised statements on their resignations by Thursday afternoon. The video series featured the two journalists posing questions to members of Parliament, which once resulted in an outraged Speaker of the National Assembly László Kövér threatening to tighten regulations on journalists interviewing politicians in Parliament’s press corridor.

Mandiner began as a print paper, Utolsó Figyelmeztetés (Ufi), nearly 20 years ago, before continuing on the internet as Reakció and then, since 2009, as Mandiner.hu. According to 444.hu, the outlet served as a reliable dispenser of pro-Fidesz propaganda, but had published increasingly frequent articles critical of the government in the last couple of years.

Tombor’s acquisition of the site, coupled with his ties to Orbán and Habony, and his reputation as a behind-the-scenes Fidesz man, raise concerns that even Hungary’s conservative media outlets are going the way of pro-government propaganda tabloids such as Origo.hu, and the Habony-connected 888.hu and Lokál.