The many faces of euroscepticism in Hungary and Central Europe 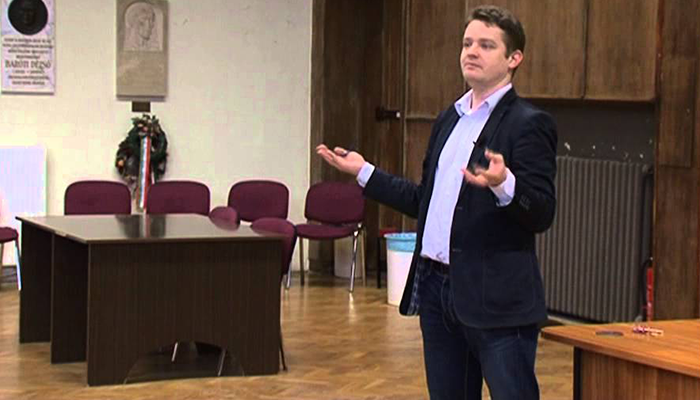 Euroscepticism in Hungary and Central Europe is growing despite reaping the benefits of EU membership.

Euroscepticism in Hungary is on the rise.  Of 10 countries polled by Ipsos, Hungarians show the greatest support for the European Union.  But a recent study by Pew indicates that trust in the EU is “regenerating” throughout Europe and in Hungary euroscepticism is growing dramatically, in large part due to the stridently nationalist pronouncements of the Fidesz-KDNP government.

The Strategic Director of the Republikon Institute, Csaba Toth, believes that if one were to ask the citizens of EU Member States whether they trust the European Union, the results would probably indicate they trust the EU more than their own national governments, but that if one were to ask the same people whether they felt the EU is working well, the respondents would likely say it is not and that it reflects poor values.

The Republikon Institute has determined three facts about euroscepticism in Europe:

1. Britain is the most eurosceptic country in the European Union. A study by Republikon found that 60 percent of the British are eurosceptics.

3. Compared to the rest of Europe, euroscepticism rates in Hungary are not particularly alarming. But the results show significant differences when comparing Hungary’s euroscepticism with that of neighboring countries. According to a Republikon study, there is a 31 percent rate of euroscepticism in Hungary, making Hungary the second most eurosceptic country in the region in recent years.

When assessing EU sentiments in Hungary according to demographic groups, college graduates living in Budapest are typically more pro-EU and represent one end of the spectrum, while less educated and undecided voters living in rural areas are typically more eurosceptic and therefore represent the other end of the spectrum. These results are generally true in Hungary’s neighboring countries, such as the Czech Republic. However, Slovakia shows a completely different trend.

Conversely, Slovakia’s euroscepticism is quite different from that of Hungary’s – where the pro-EU supporters are generally those who earn higher incomes, live in the capital city and have college degrees – and the opposite is the case for Slovakia. Euroscepticism is concentrated in the capital and pro-EU sentiments are held by those living in the rural communities.

Toth believes the reason for this sharp difference between Hungary and Slovakia can be explained by defining the exact type of euroscepticism held by each country, i.e. not all eurosceptics share the same beliefs, which essentially means there are different types of euroscepticism.

Not all eurosceptics are the same

They also believe that a given country’s budgetary matters should not be determined centrally by Brussels but should be left to the country itself. Their beliefs emphasize the principles associated with market economics and typically argue for a smaller and less-regulated European Union.

Toth believes that Hungary’s euroscepticism is fundamentally different from the type held by Slovakia, the Baltic states and Western Europe’s so-called “free market” or “liberal” eurosceptics.

In Hungary, euroscepticism is noticeably different even in its rhetoric. For example, eurosceptics in Hungary may agree with the so-called “free market” or “liberal” eurosceptics on the following statement:

Brussels is not transparent, is complex, difficult to understand and is becoming too overburdened by rules and overregulated.

The difference is that the unique brand of Hungarian euroscepticism attaches a personalized touch to the argument:

Not only is Brussels untransparent, complex, difficult to understand and becoming too overburdened by rules and overregulated, it is also waging war against Hungary.

Toth calls this type of Hungarian euroscepticism a “Hungaricum”. To illustrate his point, he quoted Fidesz government spokesman Peter Hoppa’s statement regarding the controversy that erupted after the Hungarian government and parliament compelled public and private utility suppliers alike to cut utility prices (rezsicsokkentes). Hoppa said, “The attacks on rezsicsokkentes are coming from the international multinational companies and Hungary’s left-wing opposition parties who in reality are working in cahoots to direct certain entities in Brussels to convince the European Commission to deliberately attack Hungary.”

Toth calls this “populist” or “nationalist” euroscepticism in that it is markedly much more confrontational in how it presents Hungary’s relationship with Brussels.