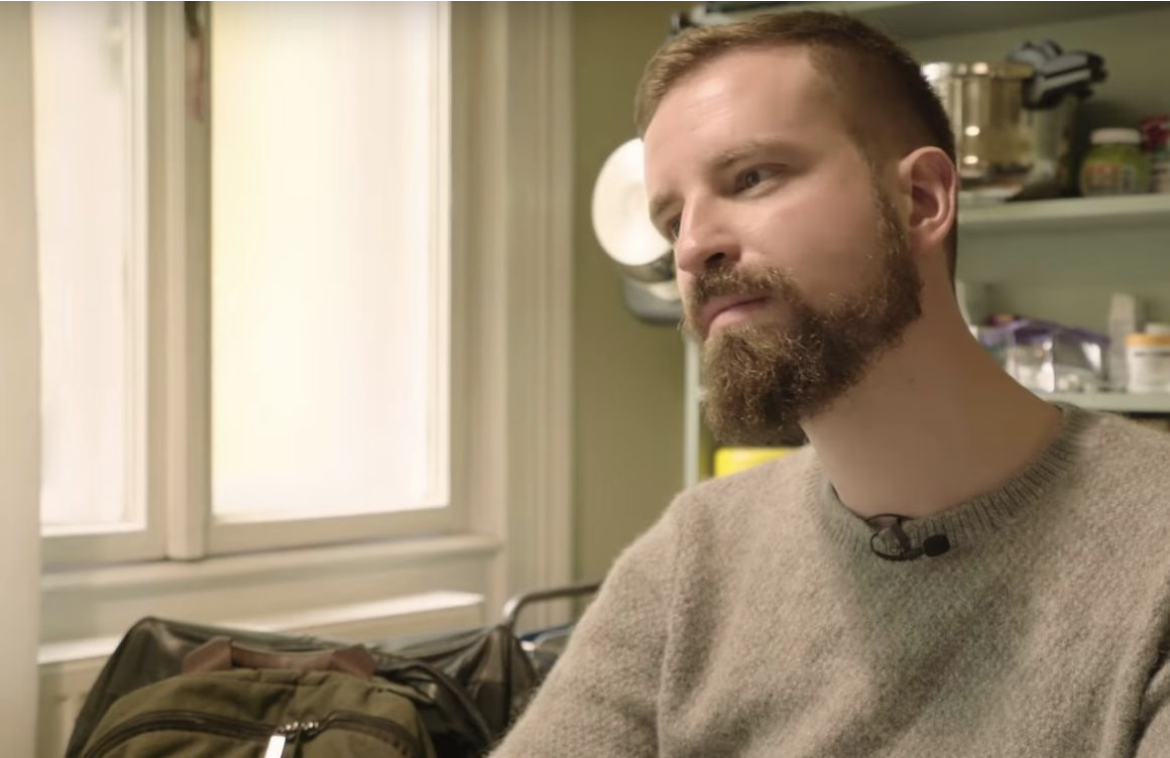 “We need to speak about how today Hungary once again has a one-party system. Parliamentary democracy has been completely hollowed out. There is no point to formal opposition politics. . . . What can (opposition members of parliament) do against this? Hold up signs in Parliament?”

Translation of interview with Country for All Movement founder Márton Gulyás published by 444.hu under the title “This opposition palette no longer exists from this point on.”

What happened on Sunday? To what do you attribute Fidesz’s results?

The most important thing for us to understand is that society wanted to see a continuation of the Viktor Orbán government. It is not a question that 49 percent is worth two-thirds, for that they needed this electoral system. But let’s put this aside for a minute. Basically a significant part of Hungarian society wanted this type of governance to continue. This is not because these people are stupid, tunnel-visioned, or unprincipled.

It would be worthwhile to abandon the rhetoric about Fidesz voters.

We need to understand with greater self-criticism and humility how the Fidesz story can work so well. The propaganda machine, public media, and the terrible fake news, but taken together these do not explain what happened.

The minimum objective of the opposition and the coordination of candidates was to prevent Fidesz from obtaining a two-thirds parliamentary majority. This didn’t come together either.

Actually, the opposition never had this objective. Civilians were talking about this. Instead, opposition politicians talked about governance even before the elections when it was actually quite obvious this was completely unrealistic. The present situation is much more dramatic than in 2014 in that there is a much more serious societal mandate behind it. In 2014 the fraudulent system was far more obvious. Now it appears that a large part of society mobilized in order to keep the government in power.

We need to speak about how today Hungary once again has a one-party system. Parliamentary democracy has been completely hollowed out. There is no point to formal opposition politics.

Those who invested their energy in the campaign on the level of party politics would probably do best not to take up their parliamentary mandate. Let’s assume the government makes rules on abortion more strict. Or starts to change the legal jurisdiction of courts, or the system of municipal government. What can they do against this? Hold up signs in Parliament? We have to understand that those aesthetic rhetorical victories, the presumed moral superiority on which many built their criticism of Fidesz over the past eight years, myself included, have completely failed.

We accomplished nothing. This opposition palette no longer exists from this point on.

Opposition politicians ran in the election. Why shouldn’t they play a role in the work of parliament on the basis of the election results?

Precisely because they were competing for the right to represent their voters.  Opposition voters, on the other hand, wanted to prevent this autocratic system from hardening. They failed. So if they want to represent the voters, then they must not help stage the play that deceitfully passes for parliamentarianism that is to follow. This lie, sooner or later, needs to be wound up.

Are they seriously going to play that they go into parliament, pose questions to Orbán, who responds by wishing them a merry Christmas or a happy Easter depending on the season?  Why would an opposition politician want to further humiliate himself?  The country belongs to Viktor Orbán. He has the power. We’ll see whether his will be the glory as well. This is what the voters wanted. This is what he desired as well. So now he can do it, alone.

This could also be interpreted as meaning that Country for All’s activity to date was pointless.

That is not very far from the truth. It was a rear-guard action. While continuously weighing all the constraints and realities, we tried at the same time not to do harm while we were being useful. We’ve been walking on eggshells the past half-year. We had to exert pressure on parties to coordinate candidates, but at the same time not apply so much pressure that they could say that they cannot coordinate because of us.

But despite every effort and energy we poured into it, the end result was a two-thirds majority. So it is as though we would still be here even had we done nothing. We have to acknowledge this. The Sunday night results were terrible to witness. When everything was lost, and it was possible for us to be honest, the opposition politicians still clung to the masks they did not like to wear anyway.

What is the responsibility of the Country for All Movement in all of this?

Three things, for which I am personally responsible rather than the movement. Last spring I stood in the Szabadság square and announced a movement to bring about electoral reform. The system should have been changed. But we shouldn’t have started with that. We should have supported either the (MSZP Szeged mayor for prime minister László) Botka project or the Új Polus (New Pole), and organized a movement for this. Instead I thought at the time that one could bring about cooperation if there was a neutral theme like electoral reform to which everyone could relate, and that this would create a unity from which it would be possible to continue on. But this is not how things turned out last autumn.

The other mistake was the call for civil disobedience and the cancellation of what should have followed my big words. I announced something and then nothing came of it. The movement failed to obtain the necessary societal support, and in this way neglected the beautiful and important idea of ​​civil disobedience, which we would have made ridiculous in society’s eyes.

At that time I thought it was better for me to look ridiculous, because civil disobedience is a much more serious thing, and could be useful later.

The third is that we should have been more confrontational in our advocacy of candidate coordination. Of course, this could have turned out badly, in which case we would be faulting ourselves for that. In 2014 the blame game went on for half a year after the defeat of the opposition. It would be good if this time all of us could go home and think about whether we cannot politicize in a more systematic, self-critical fashion. If we cannot, then we should allow others to do it.

For a while I would also like to remain silent, because we need to find radically different forms of struggle.  Were we to immediately engage in resistance, it would have a comic, tragic, and shameful end.

The Country for All Movement organized debate forums for local candidates throughout the country. What can be learned from this?

I am upset over the two-thirds majority because if they only had a narrow majority then there would be political room to deal with the situation of the parties outside of the capital city and what their local representatives are like. From this point of view, we have astonishing experience. The rhetoric, political and intellectual accomplishments of 80-90 percent of those participating in the debates would not pass an elementary level exam. Most of them have no knowledge of local matters and their political thinking is confused. The next generation of politicians is in very poor shape, and they are not building any kind of community either. Meanwhile we experienced that there would be a terrible need for that, for local organizations to hold events, even show films, things like that, where the community could come together and meet regularly with local politicians. However, given the government’s excessive power, this won’t be enough.

Hungarian society has no experience of politics improving their living conditions. Wide social strata have no experience of this.  Fidesz’s promise is not that things will be better, but that they could get a lot worse, but we can prevent them from getting worse.  That this should have such a terrible impact on their voter base shows their vulnerability.

However, if we look at the other end of society, there is terrible anger and lethargy on the part of the urban middle-classes living in big cities.

When I announced on the platform of the Agora Sunday night that Fidesz has its two-thirds majority, I said two things afterwards.  (Hungarian film director Géza) Bereményi’s statement in “Time Stops.” Alright, then I will live here. Apart from that, that this is our homeland as well, and the worst thing we can do is give in to bitterness and anger and begin ourselves to hate, because that only affirms Fidesz’s politics. There is mourning-related work to be done at this time. We have to go through this now. People are experiencing an empty feeling, and it is hard to believe that things can be worse than they were.

But let us not close ourselves off. It’s true that the past eight years issued a very serious judgement about us in that we were not able to reach people outside our own bubble. For the middle-class the results could be a sign that they need to withdraw and close themselves off to public life.

But that is not the good solution. We need to withdraw in order to rethink our positions.

Because we will resist. There is no question about this. We will continue. It’s just that we have to completely reconsider what we think about politics, Hungarian society, and Orbán. This work can be done, and will be done. It’s not a problem if everybody concentrates on this for the next six or twelve months and does not charge onto the battlefield unthinkingly as we have done in the past, myself included.

During that time we can offer direct assistance to many. We can give consolation and empathy to those for whom things are really very bad and are wallowing in the deepest doubt.  If there is consolation, then there will be resistance too.