The Fidesz-KDNP political alliance will come close to winning a two-thirds parliamentary majority in Sunday’s general election, according to partial survey results published by pollster Medián on Saturday, reports 444.hu.

The pollster projects that 64 percent of voters will go to the ballot box (down from 66 percent at the end of March) and 44 percent of them will cast a vote for the Fidesz-KDNP national list. 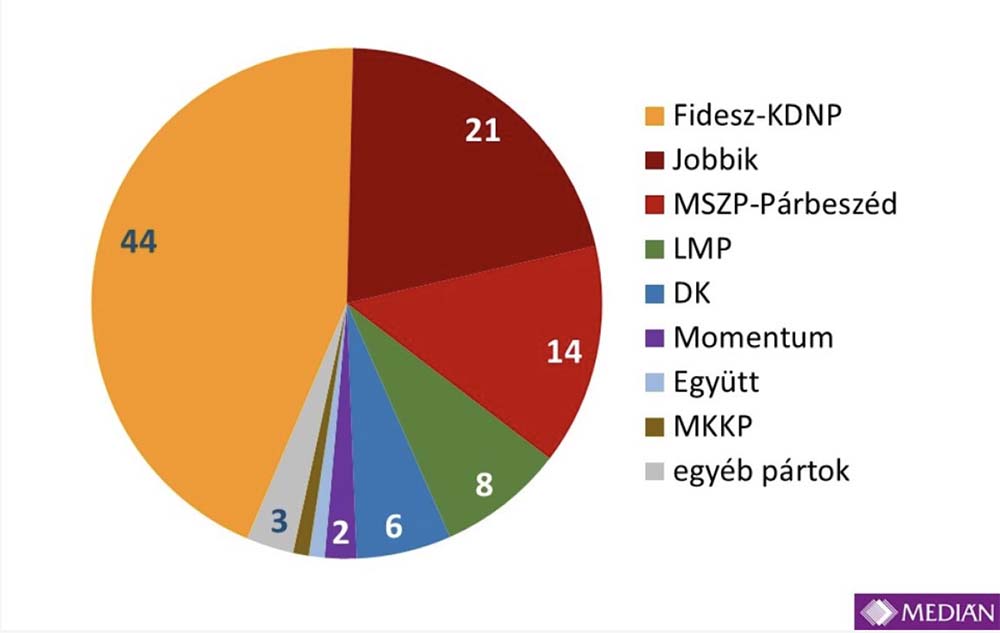 The pollster interviewed a representative group of 3000 people over the course of Thursday, Friday and Saturday to determine voter participation and preferences.

48 percent of respondents said they would like a change in government, up from 42 percent at the end of March. However, those desiring change are less active, and thus less likely to vote.

By contrast, it appears that Fidesz efforts to mobilize voters will be successful, according to the pollster.

Jobbik is expected to receive 21 percent of the vote, and the MSZP-Dialogue political alliance 14 percent. DK and LMP are also tipped to enter parliament.

444.hu writes that Medián will continue to survey voters through 7 pm on election day Sunday.