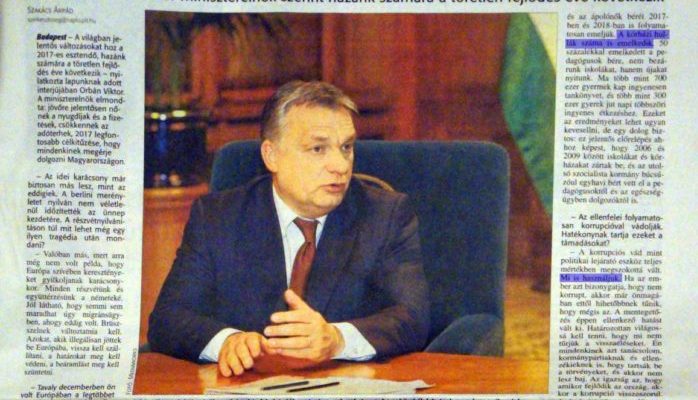 Mediaworks has sacked the senior editors of the print and digital editions of the Fejér Megyei Hírlap (Fejér County Newspaper) following the publication of a Christmas interview with Prime Minister Viktor Orbán featuring fabricated text.

The interview, which appeared in the print edition of the newspaper the day before Christmas under the title “We are making the country victorious” (“Győztessé tesszük az országot”), contains unauthorized statements intended to suggest that the prime minister is a hypocrite.

The modified text appears to have escaped the attention of the editors responsible for the print and digital editions, at least three of whom have been sacked, according to index.hu.

Veszprémkukac.hu reports that F. Bernadette Németh, D. Zoltán Zajácz, Csilla Hajnal, Ernő Klecska and Gábor Földesi were sacked after being interviewed by a ten-member panel on Tuesday.   Management’s position is that the newspaper had been deliberately sabotaged by its own senior editors.  The newspaper only confirmed to index.hu that three of the five individuals had been sacked.

One of them told veszpremkukac.hu the article was modified after the editors had put the newspaper to bed, presumably by someone familiar with how the newspaper is edited and produced, and that the computer and username used to modify the article had been identified.  As the employee was on holiday at the time, the computer is being examined to determine the identity of the person who modified the article just before it was sent to the printers. 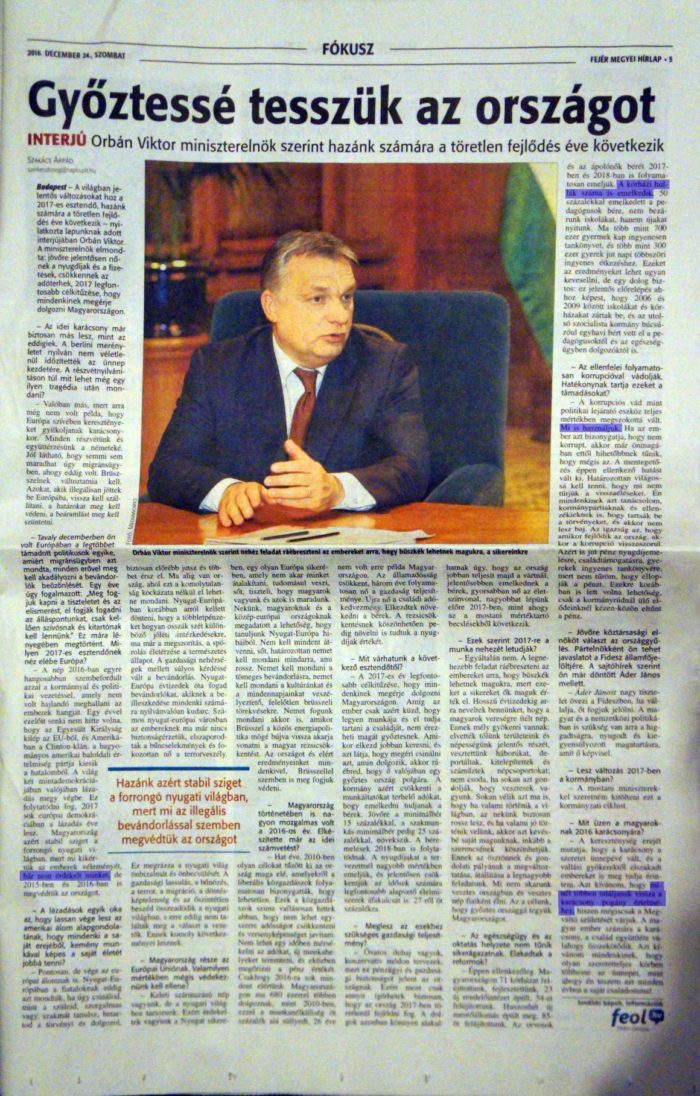