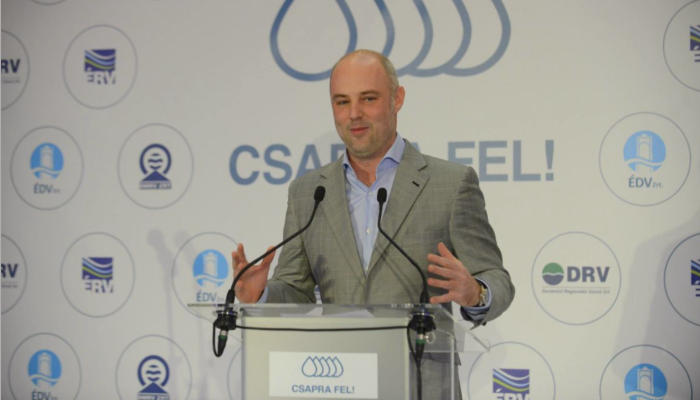 Independent online daily 444.hu has published a lengthy exposé about media magnate Tibor Kuna, whose company, Young & Partners, has become one of the largest and most successful media companies in Hungary over the past few years, thanks in large part to a steady stream of lucrative government contracts.

Kuna’s economic fortunes appear to be closely tied to the political fortunes of Péter Szíjjártó, the former personal spokesman to Prime Minister Viktor Orbán who is now Minister for Foreign Affairs and Trade.

Kuna worked at the Ministry of Children, Youth and Sport under former minister (now MEP) Tamás Deutsch in the first Orbán government (1998-2002).  It wasn’t Deutsch, however, but then Orbán spokesman Szijjártó who, in 2002, introduced Kuna to the Fidesz fraction led by József Szájer.

Founded under the Gyurcsány administration, it wasn’t until after Fidesz returned to power in 2010 that orders from local governments (Dunaúhváros, Veszprém) and state-owned companies (including the National Health Fund, central heating supplier Főtáv and the national ambulance service) became a significant part of the Young & Partners business portfolio.  According to 444.hu, in comparison to the billions awarded various communications companies owned by Fidesz oligarch Lajos Simicska, Young & Partners’ initial orders were relatively small–in the HUF 10 to 20 million range.

In 2011 Young & Partners won its first big state order from the Prime Minister’s Office where Szijjártó worked as Orbán’s personal spokesman, writes 444.hu, noting that between 2010 and 2014, 80 percent of the company’s revenues were realized from public tenders in which Young & Partners was the only bidder.  444.hu cites three independent sources as saying that “whenever Szijjártó signed the contract, it was ‘recommended’ that one engage Young & Partners to organize press conferences, public outreach and other PR-related events”.

The article does not explain what “contracts” Szijjártó signed in his capacity as spokesman for Orbán, as it was not until 2012 that Szijjártó was made undersecretary for foreign affairs and foreign trade at the Office of the Prime Minister.  However, we note that, in addition to being Orbán’s personal spokesman (as well as a member of parliament since 2002) Szijjártó served as director of communications for Fidesz between 2006 and 2010–a period that roughly corresponds with the early years of Young & Partners–and as such no doubt held sway over the government’s choice of media partner. 444.hu writes that by 2013 Young & Partners had become the largest PR company on the Hungarian market, winning individual public tenders worth more than the entire annual revenue of many competitors.  However, it appears that undersecretary János Lázár was dissatisfied with the services provided by Young & Partners to the Office of the Prime Minister, prompting a fall-out between him and Szijjártó.  After Lázár’s promotion to the position of Minister overseeing the Office of the Prime Minster in 2014, Young & Partners only won large government contracts as part of a consortium with Trinity Communications, a company 444.hu claims Kuna himself brought to the table.

Recently, a consortium led by Trinity was one of three consortia to win a HUF 12 billion (USD 45 million) tender to handle advertising on the part of state institutions in 2016.  The other two consortia are HG360 owned by leader of the Prime Minister’s Cabinet Office Antal Rogán’s neighbor Csaba Csetényi, and Mindshare Budapest, an advertising agency founded in 2000 by Ogilvy & Mather and Partners, and J Walter Thompson.