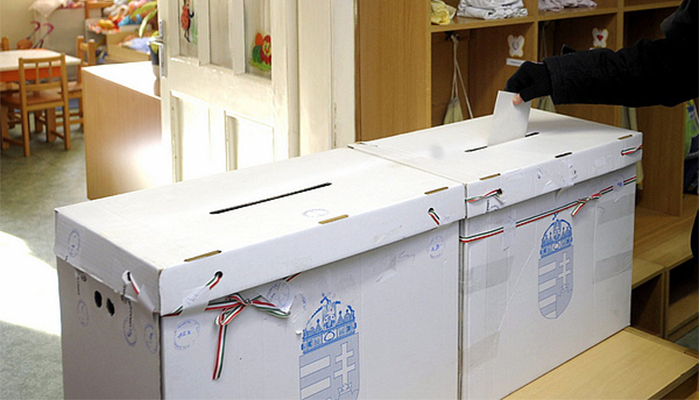 The government’s new electoral laws designed to increase representation of ethnic minorities have had the opposite effect, according to 444.hu. Only 2,164 of the scheduled2,715 regional national minority ballots will be held on October 12, thanks to the new minority election regulations, which require nominations from six minority voters for a local candidate to run.

This is the first time in Hungary that a significant number of municipalities with national minority government will not have national or ethnic minority elections. The hardest hit minorities will be Hungary’s communities of Roma, Germans and Romanians.

The German minority will face 141 election cancellations, followed by the Romanians with 105.

However international election observers identified issues with the new laws on minority voters, who are offered either national or minority list registration but not both.

After visiting Hungary in the run-up to the general elections in April, the Organisation for Security and Cooperation in Europe’s Office for Democratic Institutions and Human Rights (ODIHR) warned that automatic registration of voter ethnicity could limit political engagement as Roma are intimidated by anti-Gypsy sentiments.

The ODIHR said adequate consultation with minorities has been lacking on the part of the government. “Unless minority voters ask to be removed from the electoral register, the information on their ethnic affiliation is retained indefinitely… such a system raises concerns regarding the use of this sensitive data by national minority self-governments.”

It added that “in recent years, patterns of anti-Roma violence from extremist organizations and individuals, together with anti-Roma rhetoric, have created an atmosphere of fear among the Roma community. Some ODIHR interlocutors noted instances of manipulation of the national minority voter registration process, especially in the Roma community, whose vulnerability in some cases may have been exploited by political actors.”

To date these recommendations have been ignored, however, and the National Election Office still expects every individual automatically placed on minority lists to fill out a de-registration form and make a data protection request.

According to the 2011 official census, there are 315,583 Roma, 185,696 ethnic Germans and 35,641 ethnic Romanians in Hungary, based on voluntary self-identification. Independent sources, such as the European Council’s (EC) data on the Roma and traveller populations within the EU, say Hungary has underestimated its Gypsy population. The EC data for 2009 estimated the number at around 700,000, or 7.1% of the overall population.