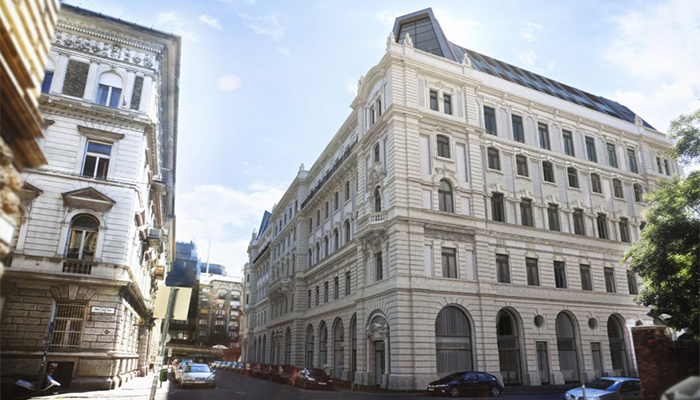 The National Bank of Hungary (MNB) is spending billions of Hungarian taxpayer’s money on acquiring luxury properties. In addition to the recent purchase of a castle on the banks of the river Tisza, the MNB has purchased a luxury office building in downtown Pest for an estimated HUF 12.56 billion (USD 53.53 million), writes napi.hu.

The MNB reportedly bought the Eiffel Palace from Qualmiston Limited and EFPA Estate Ingatlankezelő és Hasznosító Kft, which are, in turn, owned by the offshore company Stringston Limited.  With the acquisition of the Bajcsy-Zsilinszky street building, the MNB becomes the landlord of PriceWaterhouseCoopers and the British Chamber of Commerce.

At a reported purchase price of nearly HUF 850,000 (USD 3,700) per leasable square meter, the Eiffel Palace is one of Budapest’s most expensive office buildings. According to commercial property brokerage website irodaz.hu, a nearby office building constructed in 1930, which previously served as the Hungarian headquarters of the Russian-owned Sberbank, is for sale for an asking price of HUF 345,000 (USD 1,500) per leasable sqm. The MNB paid nearly two and a half times this amount per leasable sqm for the Eiffel Palace.

According to the property’s website the eight-storey office building offers 14,500 sqm of leasable space, 65% of which is currently leased. Originally built in 1893, the building once served as the headquarters and print house of Pesti Hirlap. The “three-tower palace” suffered extensive damage during the Second World War, including the destruction of the main dome, flanked by two smaller domes, giving the building a highly distinctive appearance. 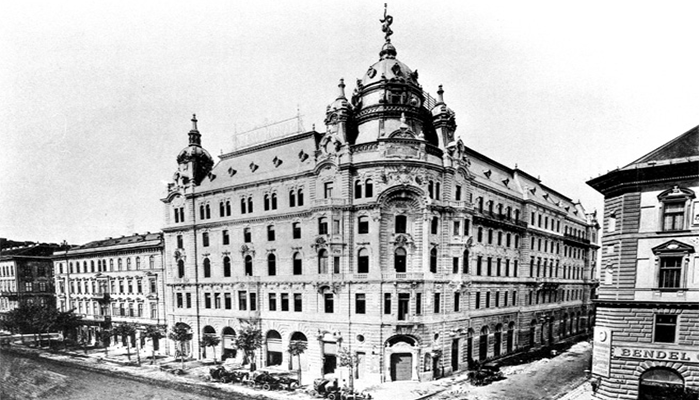 The luxury office building will take its place in the MNB’s burgeoning property portfolio alongside the Budapest Collegium, on Széntháromság square in the Castle District, which it earlier bought from the Hungarian Academy of Sciences for HUF 1.85 billion (USD 7.88 million).

Last week the MNB reluctantly confirmed that it had purchased a castle at Tiszaroff for HUF 415 million (USD 1.77 million), after it was revealed by weekly news magazine hvg. The central bank said it had bought the 30-room Austro-Hungarian mansion as part of its ‘social responsibility programme’, to offer holiday accommodation to its 1,000-plus staff.  The MNB staff can look forward to weekends making use of the former hotel’s four-star facilities, which include a spa and swimming pools, a mini-golf course and sauna.

MNB was criticized this year for acquiring real estate and other valuable objects, including paintings and musical instruments, without first seeking permission from parliament.  At the time MNB dismissed such criticism by claiming that, as an independent institution, Hungary’s central bank may do whatever it likes, and even filed a criminal complaint against on-line daily index.hu for publishing an article which accuses MNB of fiscal malfeasance.  It also filed a criminal complaint against supervisory board member Peter Rona for comments made to ATV on the subject.