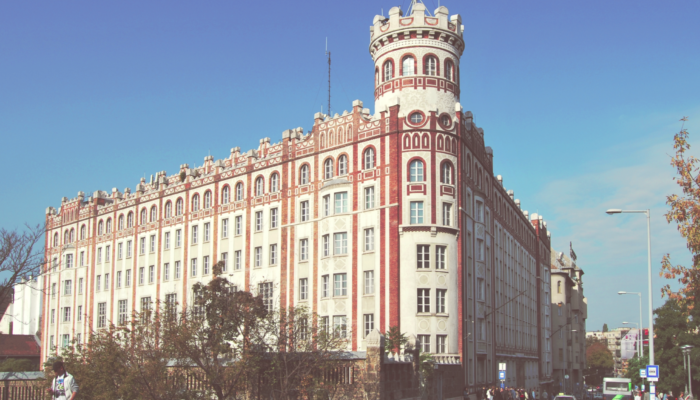 The old Post Service building at Budapest’s Moscow Square will be converted into a luxury office building at a cost of some HUF 7 billion (USD 25.5 million), reports Hungarian daily Magyar Nemzet. The buyer is reported to be none other than the National Bank of Hungary’s (MNB) scandal-ridden Pallas Athéné foundations. The foundations purchased the building from Wing Zrt. for HUF 7 billion. Earlier, Wing Zrt. reportedly purchased the building from the state for HUF 4 billion (USD 14.5 million).

The historic building once served as the headquarters for Hungary’s Postal Service, and is an iconic piece of real estate that overlooks Kálmán Szél Square (formerly known as Moscow Square). The run-down building has been empty for years.

The renovation’s chief architect promises the building will have its former glory restored.

“Elements of the Art Nouveau will mix with elements of premodern and American office building styles. These characteristics have been lost over the past 90 years, in part because they were destroyed, but also because subsequent renovations covered them up. The current renovation will restore these,” explained Tihamér Szalay.

The building’s chimney will be taken out of its inner courtyard, one part of the property will host an underground garage, and office space will be developed on another 20,000 squared meters.

The building was purchased at the beginning of summer for some HUF 7 billion, and the renovations will cost another HUF 8 billion. The funds being used for this project are public funds, but the CEO of the MNB foundation’s asset management firm says the investment is a good one.

“We have said it before: these foundations are allowed to invest their assets. They cannot spend it, but they can invest it and use the profits the derived from these investments. The purpose the foundations’ investments is to earn returns,” explains Zoltán Fekete, CEO of Optima Befektetési Zrt.

The asset management firm estimates a return of some 6-8 percent per year. Fekete says the total amount invested in this project, HUF 15 billion, will be recovered within 10-15 years.

Earlier this week, the MNB’s foundations were fined some HUF 84 million for violating public procurement regulations. The fine did not stop the foundations from failing to announce a call for tenders to renovate the old Postal Service headquarters. Fekete said no public call for tenders was needed.

The new building is scheduled to become operational in Spring 2018.