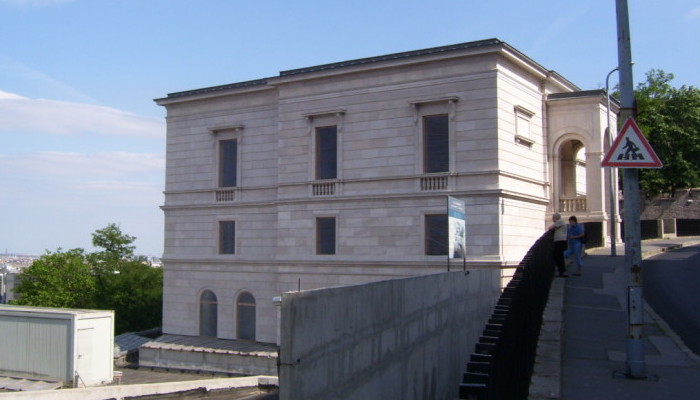 The National Bank of Hungary announced yesterday the purchase by its Pallasz Athéné foundations of two more buildings, both in need of extensive repairs, in the Castle District of Budapest for HUF 5.25 billion (USD 21 million).

Designed by renowned Hungarian architect Miklós Ybl, the building was used by the German SS as a casino during the Second World War. Severely damaged in one of the final battles of that war, the siege of Budapest, its façade was renovated several years ago, although its windows are still missing.  In their place, temporary plastic sheathed wood-framed windows have served to keep the elements out.

According to the bank, the villa will be reconstructed on the basis of Ybl’s original plans for the purpose of holding lectures, exhibitions and conferences. 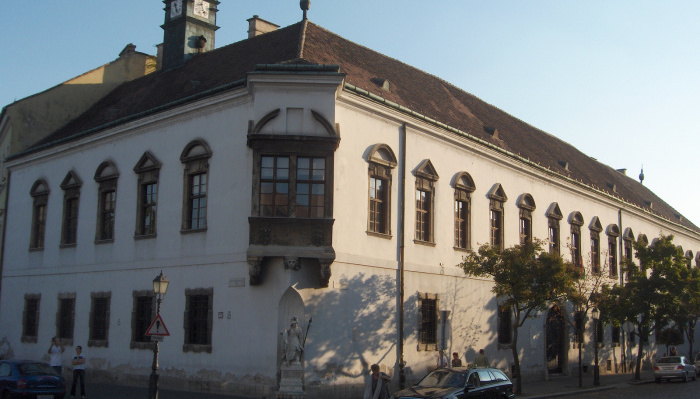 The bank has also acquired the former town hall building nearby from the Hungarian Academy of Sciences for a reported HUF 1.85 billion (USD 7.5 million), where, according to the bank’s website, it plans to operate an “English language, international training center school for doctoral studies unique to Hungary” from September 2016.

As in the case of four other buildings acquired this year, including the exclusive Eiffel Palace office building for which, by all accounts, the bank substantially overpaid, Hungary’s central bank justified its actions on the grounds that the money invested was not “public money”, but rather profits arising from the bank’s activities belonging to the bank.  Furthermore, the bank points out that the acquisition and renovation of the buildings “enriches the country in a manner serving national goals”.

Numerous critics disagree.  A former minister of finance has even called for parliament to suspend National Bank governor György Matolcsy.

What the bank did not explain is whether it is appropriate to undertake such acquisitions in the absence of a supervisory board.  The terms of the previous supervisory board members expired on May 5.  Parliament has yet to appoint their successors.

The Hungarian Socialist Party (MSZP) believes it completely unacceptable that MNB acquires real estate through its wholly owned foundations.  “We’re talking about profits arising from Hungarian taxpayers’ money,” said MSZP MP Nándor Gúr. “Any action which does not take place without the framework of budgetary negotiations is unacceptable to me.”

According to Hungarian Liberal Party politician Zoltán Bodnár, who served as central bank deputy chairman in 1997, the MNB paid HUF 1 billion (USD 4 million) more than the asking price for the Lónyay villa.  He also objected to the fact that at present nobody is overseeing the central bank’s activities.

“The Hungarian Liberal Party is prepared to ask the chairman of the Economic Committee to convoke a meeting of the committee and require that the MNB president personally attend in accordance with central bank law,” said the Liberal politician.

The purchase of the two buildings in the Castle District brings to six the total number of buildings acquired this year by the National Bank of Hungary, for which it paid in excess of HUF 20 billion (USD 80 million).

Earlier this year the MNB announced that it was using HUF 200 billion (USD 810 million) in “profits” arising from its activities to establish and endow five foundations to be charged with promoting governor Matolcsy’s particular school of unorthodox economics.

Apparently, unorthodox economics empower the central bank to spend as much as it likes doing whatever it likes without seeking anyone’s advice or consent–not parliament’s and certainly not that of its own supervisory committee.   Furthermore, it appears that the mission of the central bank is not merely to stabilize the currency but to prop up the domestic real estate market by drastically overpaying to acquire buildings nobody seems to want.