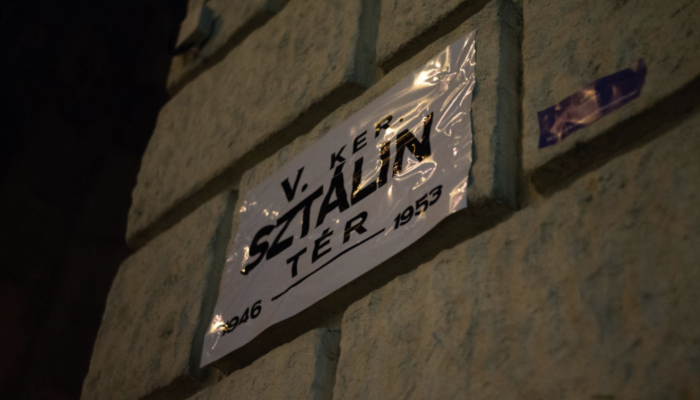 Putin’s latest visit is his second to Budapest in 2017 and his sixth in four years.

One copy read: “Soviet party and government delegation led by Leonid Brezhnev arrives in our homeland”. The stamp over the text reads, “Let’s not allow for this to happen again!”