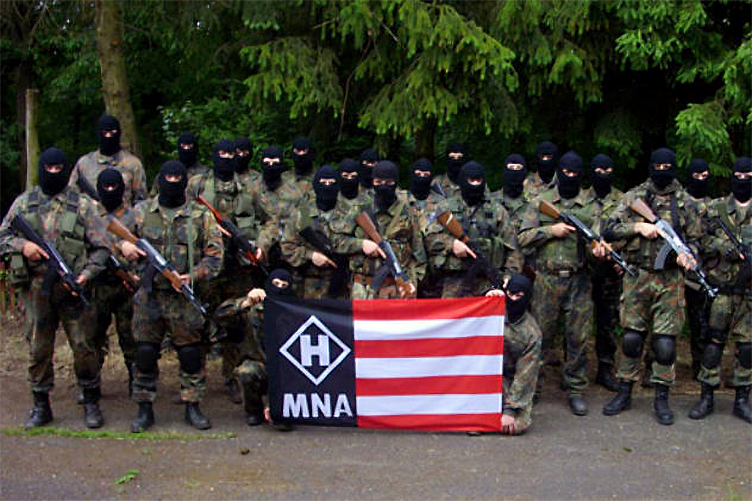 Committee chairman Zsolt Molnár (Hungarian Socialist Party, MSZP) said that while extreme right-wing militant organizations do not pose a direct threat to the national order, they can still pose a danger to public safety due to some of the organizations being known to possess hundreds of weapons and thousands of rounds of ammunition. Molnár named the militant nationalist Hungarian National Front (MNA) as a primary example of such a group, which has been implicated in the murder of a Hungarian police officer in 2016 and the stockpiling of illegal weapons.

Neither the Interior Minister nor internal agencies would confirm or deny that extreme-right groups operating in Hungary – such as the MNA, the Sixty-Four Counties Youth Movement (Hatvannégy Vármegye Ifjúsági Mozgalom, HVIM), heir organizations to the outlawed Hungarian Guard (Magyar Gárda) or the Army of Outlaws (Betyársereg) – had connections to international Islamic terrorist groups. Molnár said such groups were known to have a wide network of connections, and could be “tied to a parliamentary party”, obviously referring to radical-right party Jobbik. The committee has requested the testimony of Jobbik vice-chairman László Toroczkai on his connections to the groups. Toroczkai led the HVIM until 2013.

Ádám Mirkóczki, the committee’s Jobbik delegate, said after the session that besides the MNA, the other groups had not committed any crimes and were operating lawfully and do not represent a threat to national security. Mirkóczki emphasized that organizations connected to Jobbik, such as HVIM, were legal civil organizations and that mentioning them was an attempt to create a “political circus” over the issue before elections.