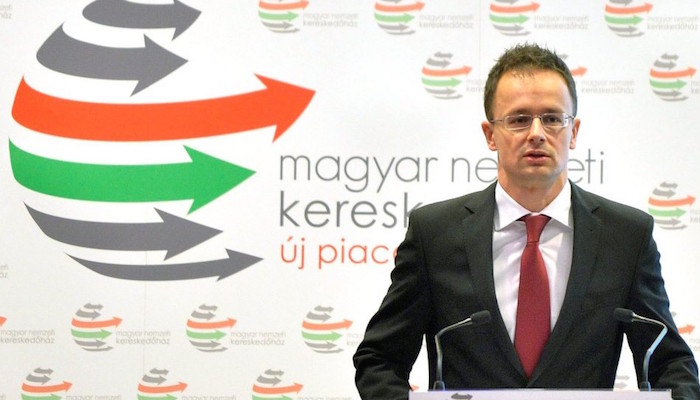 Hungary’s National Trading House Zrt. (MNKH) owned by the Ministry of Foreign Affairs and Trade lost nearly HUF 6 billion (USD 22 million) in 2015, an increase of HUF 3.7 billion over 2014 when it lost HUF 2.3 billion. Losses have been progressively mounting since the company’s inception in 2012. MNKH points to rising exports as proof that the money is being spent well.

The company’s official filings, which revealed the almost HUF 6 billion loss, were submitted two and one half months late.

MNKH was created in 2012 shortly after Péter Szijjártó (pictured) was appointed state secretary for foreign affairs and foreign trade at the Office of the Prime Minister.  Its goal was to promote foreign trade.

The company currently employees 141 individuals paid an average gross monthly salary of HUF 720,000, or roughly four times that of a typical Hungarian.

Thanks to a successful freedom of information lawsuit brought by online daily 444.hu, MNKH was forced to disclose information about its operations. According to documents released by the company, between 2013 and 2016 MNKH generated HUF 2.8 billion (USD 10.1 million) of business for Hungarian companies at a cost to the country’s taxpayers of HUF 8.5 billion (USD 31 million).

The nearly HUF 6 billion loss last year necessitated a recapitalization of the company.

MNKH responded to the nol.hu article by pointing out that Hungarian exports increased 7.1 percent last year to a record EUR 90.5 billion.  The only problem with this is that the decision on the part of foreign-owned automotive manufacturers to increase production had little, if anything, to do with MNKH’s activities.

It seems likely that part of the losses booked in 2015 were related to the collapse of financial broker Quaestor.  Over the course of two days in March 2015 MNKH wired HUF 9.3 billion to Quaestor.  Two years later, the financial broker returned HUF 3.8 billion shortly before declaring bankruptcy.

It remains to be seen whether anyone, including Quaestor CEO Csaba Tarsoly, will be held accountable for the loss of public funds amounting to HUF 5.5 billion (USD 20 million).