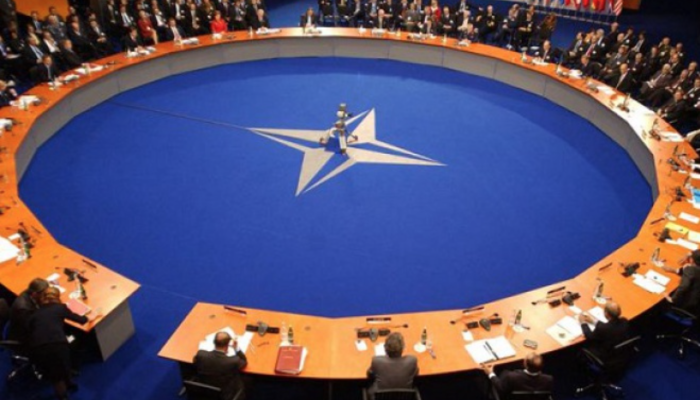 The NATO Parliamentary Assembly, a platform for national parliaments to influence decision-making in areas relevant to NATO at both the national and international levels (with no direct role of oversight over NATO policies), convened in Budapest on Friday for three days of meetings on pressing security issues.

During a debate on Saturday that focused on the economic implications on the Russian-Ukrainian conflict, legislators from across the NATO Alliance discussed the prospect of increased Western financial support for Ukraine and the impact of sanctions on Russia

British Member of Parliament Richard Benyon presented a draft report to the Assembly which stated that North American and European governments will need to provide “generous additional funding for Ukraine to provide relief from private creditors and to help the country begin to invest for the future.”

“This is both economically and politically essential,” Benyon wrote.

Benyon’s report praised the Ukrainian government’s drive to push through reform and get the economy in shape under difficult circumstances, but says more efforts are needed to improve economic governance, introduce greater transparency in the key energy sector, fight corruption and recover stolen assets.

The Assembly’s Economics and Security Committee also examined the impact of Western sanctions on Russia in response to Moscow’s annexation of Crimea and the ongoing armed intervention in eastern Ukraine.

According to the NATO Parliamentary Assembly’s website, Spanish lawmaker Diego Lopez Garrido said Russia faces several years of weak economic performance, but added that this has more to do with low gas prices, corruption and poor governance than the direct impact of Western measures.

The Spanish lawmaker acknowledged dissenting voices in the European Union over the maintenance of sanctions against Russia, but said that Russian aggression in Ukraine’s Donbas region “will make it very difficult to contemplate their revocation.”

Dr. Alena Ledeneva, an expert on Russia and professor at the School of Slavonic and Eastern European Studies at University College London, said “sanctions are not hitting enough to bring any changes, but they are hitting enough to keep the propaganda going”.

Portuguese parliamentarian Julio Miranda Calha unveiled a draft report on hybrid warfare and urged NATO to boost intelligence and improve strategic communications to counter Russian propaganda. He warned it would make no difference if nations did not demonstrate resolve.

“NATO’s tools are only as effective as there is a political will to use and sustain them,” he said.

Also discussed were security issues concerning Iran’s nuclear program, different methods to efficiently use counter-terrorism programs in the fight against extremism, maintaining long-term support for NATO’s role in Afghanistan, reaffirming Ukraine’s right to decide its own future without influence and occupation by Russia, NATO’s responsibilities in confronting conflicts in the Middle East and North Africa, and the ensuing refugee crisis, which has seen the deaths of thousands of migrants seeking to cross the Mediterranean into Europe.

Inexplicably, Hungarian media coverage of the three day event was limited to cryptic comments on the part Hungarian Foreign Minister Péter Szijjártó as to the importance to NATO members of cooperating in addressing new challenges.