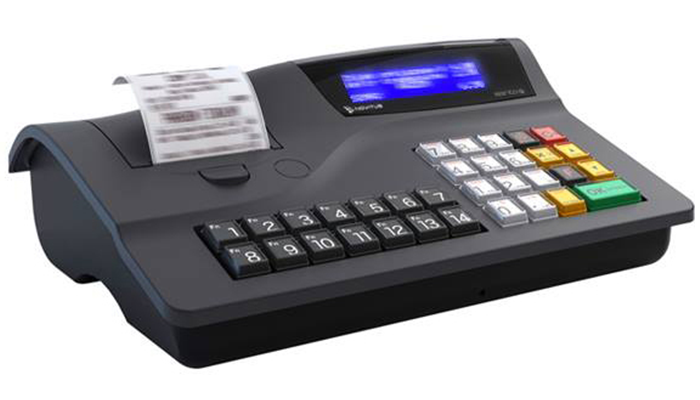 Businesses failing to install new on-line cash registers will not be penalized providing they made good faith efforts to meet the 1 January deadline according to the National Tax and Duty Authority (NAV).  Thursday’s announcement dispels fears that tens of thousands of businesses, including petrol stations and pharmacies, whose machines have yet to be delivered, installed, or connected to NAV via the internet, will be prevented from opening next year following a statement made to this effect by the Minister of the National Economy, Mihaly Varga, two weeks ago.

In August 2012 the government decreed some 200,000 on-line cash registers be installed by 30 April 2013.  Designed to transmit details about transactions to NAV in real time, the move was expected to raise an additional HUF 95 billion (USD 450 million) in tax revenues in 2013 alone.

As of 31 July Hungarian businesses had only applied for 30,000 bar codes necessary to register new machines.  As of 19 December only 8000 machines have been installed despite the government offering to subsidize the purchase price of each machine in the amount of HUF 50,000 (USD 220).  The subsidy takes the form of vouchers sent to businesses applying for bar codes redeemable with machines suppliers, and is expected to cost to the government some HUF 13.5 billion (USD 60 million).

That’s a lot of government subsidy at taxpayer expense.  So why the delay?

Although NAV ended up approving 28 machines, initially only four models were authorized for sale in Hungary, three of which turned out to be manufactured by the same Polish company (despite bearing the names of different manufacturers, including Hungarian ones).  The high price of the Polish machines (HUF 170,000 / USD 770) and the fact that only four resellers  were authorized to sell them has raised eyebrows, especially as each of the resellers in question were jointly owned by the Polish manufacturer and a “local partner”.

In July the Ministry of National Economy arranged for a South Korean company to supply on-line cash registers at a cost of around HUF 100,000 (USD 450) each.  After taking some 80,000 orders the Hungarian Commercial Licensing Agency revoked the licenses for several models after it turned out the machines were easily manipulated.

Falling prices and uncertainty were two reasons why most businesses preferred to take a “wait and see” approach.  Presumably, a third reason is a genuine reluctance on the part of many businesses to provide NAV with real time information about their businesses.

A large black market for goods and services continues to exist in Hungary.  This is largely due to its unusually high value added tax (27 per cent). Many businesses are perfectly willing to sell goods and services to customers without charging VAT or issuing a receipt. This enables the customer to get a better price and the seller to avoid paying profit taxes.

After similar machines were introduced in Croatia restaurants, cafes, and bars reported a three-fold increase in revenues, although part of this may be attributed to a simultaneous decrease in the VAT applied to food and drinks.

A fourth reason may be the general perception that the rush to introduce a narrow range of on-line cash registers at above fair market prices is really just an attempt on the part of certain government officials to scam businesses and taxpayers of billions of forints.   Unfortunately, there is ample precedent for this in Hungary.

That’s a lot of money to be made in less than a year, especially if manufacturers/retailers are able to charge an additional HUF 32,000 (USD 150) per machine as appears to have been the case initially.