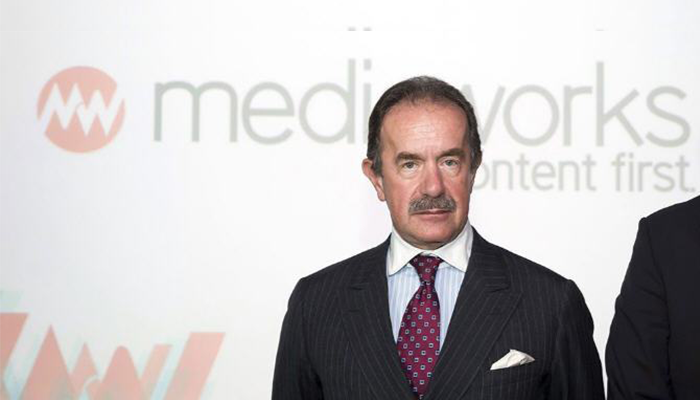 “Népszabadság was only loss-making for the past ten years.  Its circulation decreased drastically because people were no longer interested in the paper,” said Heinrich Pecina, Austrian businessman and director of Mediaworks Hungary Zrt. owner Vienna Capital Partners (VCP), to the online edition of Austrian print weekly Profil, reports MTI.

Mediaworks, the publisher of Népszabadság, suspended publication of the print edition and rendered unreachable its online edition, nol.hu. It did so from one day to the next in a manner that deceived and humiliated journalists, reports index.hu. The journalists were told that the editorial offices were moving and that they would start work in the new place with a pizza party. After packing up their things, including their entry cards, they were locked out of their company email accounts.  For a while the editorial staff could not enter the Népszabadság building to collect their personal items, reports index.hu.

Since then the editors’ attempts to discuss the sale of the newspaper have been in vain. Traveling to Vienna to speak with the owner of the publisher, they were not able to meet Pecina.

Index.hu writes there can be no doubt that Népszabadság was loss-making but the method and manner of its closure indicate political motives, noting that the sudden suspension of the print edition meant additional losses for the publisher, as did taking nol.hu offline although they had started developing the 60-year-old left-wing publication’s on-line edition earlier this year.

“Ambitious plans were prepared to strengthen nol.hu,” writes index.hu. “These were not only plans.  According to our information the publisher devoted significant resources to launching the online edition.  Reputable journalists were given the task of writing the articles, and preparing separate articles for the internet version.  In August and even September they hired new people at nol.hu.”

Pecina told Profil he wanted to sell the newspaper to the Hungarian Socialist Party in 2015 but MSZP lacked the “courage” to take it over.  “Among those objecting the loudest, nobody wanted the paper,” he said.

The businessman said he and Prime Minister Viktor Orbán enjoy mutual respect but neither one is dependent on the other.

Népszabadság’s editors reacted to Pecina’s comments on their Facebook page:  “Pecina respects Orbán, but he does not respect our editorial board.”  As they put it, the notion that economic reasons explain the paper’s closure does not hold water.  Furthermore, they were not aware that Pecina wanted to sell the paper to MSZP in 2015. The editors believe that “the claim is lame” because Pecina purchased the 27.69 percent interest of Szabad Sajtó Alaptítvány (Free Press Foundation) that Spring in order to obtain 99.99 percent of the newspaper.