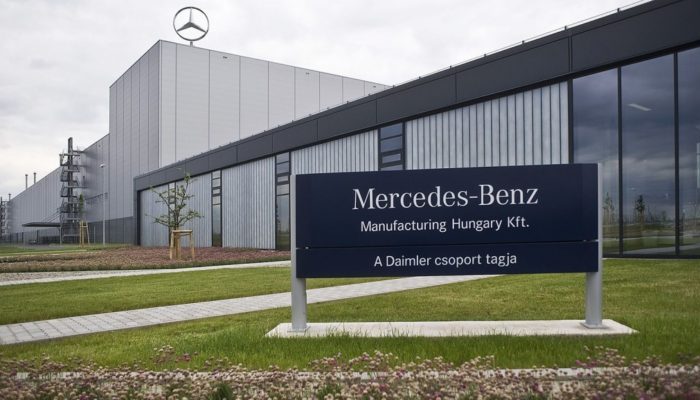 Several employees working the night shift at the Mercedes-Benz factory in Kecskemét held a two-hour work stoppage early this morning in an attempt to pressure management to agree to a 15 percent wage increase demanded by the Metal Workers Trade Union Alliance (VASAS), reports daily online napi.hu.

According to a statement issued by the trade union, management prevented three union officials wishing to meet with the striking employees from entering the building, a move which the union says was “unworthy of the brand.”

According to a statement issued by the factory, management has already agreed on wage increases to be phased in over two years with the Free Trade Union of Technicians (MTSZSZ), but that the metal workers’ union had refused to sign on.

Management expressed its willingness to hold discussions with VASAS but declined to provide any details other than “production continues at the Kecskemét Mercedes-Benz factory according to plan.”