No end in sight to MNB spending spree! 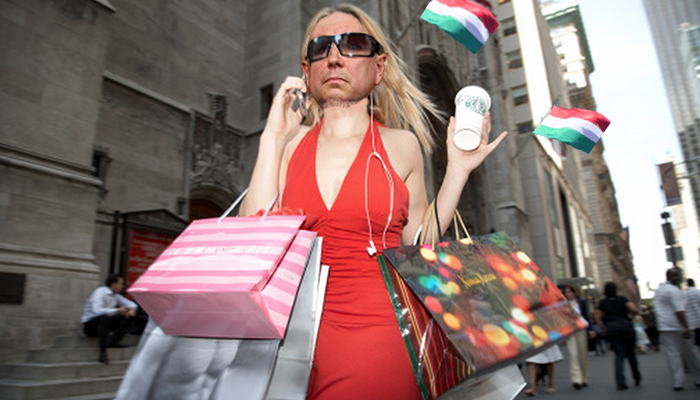 The National Bank of Hungary (MNB) has purchased yet another luxurious villa, this time in Budapest’s exclusive Svábhegy neighborhood.   The seventh building to be acquired by MNB in under two years, the latest opulent property is reportedly near  central bank governor György Matolcsy’s official residence.

The building was bought by the Pallas Athéné Geopolitical Foundation (PAGEO), one of five foundations set up last year by the central bank to spread the gospel of “unconventional economics” and groom a new generation of economists prepared to move beyond the outmoded theories of John Maynard Keynes, John Kenneth Galbraith or Frederich Hayek.

The foundation says it plans to convert the 2165-square-meter property into a center for training and research.  Previously the villa housed a French school.

Despite the government’s declared aversion to doing business with off-shore companies, the property was acquired for a reported HUF 1.038 billion (USD 3.8 million) plus VAT from a company registered in the Virgin islands.   Featuring gold-plated faucets and a panoramic view of Budapest, previously the property had been listed for HUF 950 million plus VAT, according to 444.hu.

Why the bank would have paid HUF 88 million over the asking price can only be a matter for speculation.  However, under the governorship of György Matolcsy the central bank has developed a penchant for overpaying for property.

Since its HUF 450 million purchase of the former Budapest seat of the Industrial Entities Countrywide Alliance (IPOSZ) at the end of 2013, the National Bank of Hungary has been on a property buying spree. At the beginning of 2014 the bank acquired the former building of the Kecskemét hospital for a reported HUF 1.7 billion.  That summer it paid HUF 415 million for the Borbély palace in Tiszaroff and HUF 17.8 billion for the Eiffel Palace office building.  Last autumn it paid HUF 3.41 billion for the Lónyai-Hatvany palace and HUF 1.85 billion for the old city hall building in Budapest’s Castle District.

Critics have accused the central bank of drastically overpaying for both the Eiffel Palace and the Lónyai-Hatvany palace, which, despite its hefty price tag, requires extensive renovations.   As in the case of the Svábhegy villa, the Eiffel Palace was purchased from a company owned by an off-shore company.

MNB reportedly purchased yet another building in the Castle District in need of extensive renovations for some HUF 1 billion in February this year.  After renovating the building the central bank (or rather one of its foundations) plans to use it to host educational programs and seminars.

In addition to an aggressive program of real estate acquisition, the national bank has been buying up paintings, collections and other valuable objects within the framework of its corporate responsibility program (!).  Recently it paid HUF 4.5 billion (USD 16 million) for Tiziano Vecellio’s “Maria with Child and Saint Paul”, a painting reportedly appraised for less than one-third that amount in 2009.