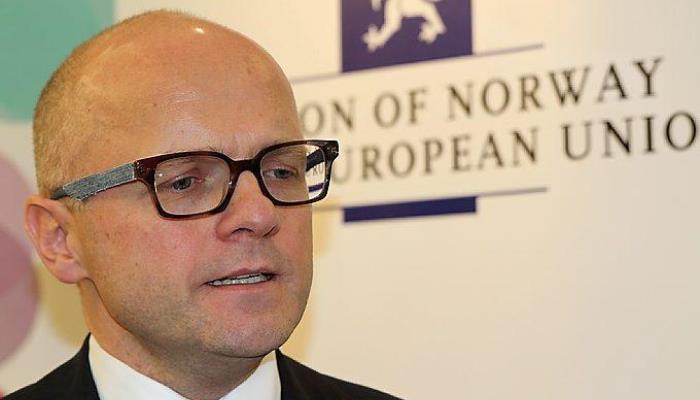 Norway’s minister for European affairs Vidar Helgesen has become the third Europe minister in as many weeks to call for action against Hungarian Prime Minister Viktor Orbán’s self-proclaimed “illiberal” government.

On the heels of criticism from his opposite numbers in Sweden and Germany, as well as the international press, Helgesen notes in a letter to The Financial Times “the Hungarian government has replaced heads of the judiciary, and theatre and museum directors, tightened control over the media and changed the country’s election rules”.

As with other recent comments, Helgesen does not stop at criticism but calls for action against Orbán’s stated plan to “break with the dogmas and ideologies accepted in western Europe and instead establish an illiberal state”. He adds that “I am puzzled and disappointed that a response from the EU institutions has been largely lacking”.

Moving closer to home, Helgesen addresses the Hungarian government’s recent “crackdown on civil society” and makes the accusation that “Orbán attacked the Norwegian government for funding NGOs … Police action has since been taken against the NGO fund supported by Norway”.

He underlines Norway’s long-standing financial commitment to promoting civil society in the less-wealthy EU countries. “Similar funds supported by Norway exist in 15 other EU member states and are valued by NGOs and governments alike. Norway’s support to Hungary is part of the EUR 1.8 billion contribution made by the European Economic Area and European Free Trade Association countries to social and economic cohesion in Europe.

“While not a member of the EU, Norway is closely integrated with the EU and deeply committed to the values that underpin European integration. These values are now being challenged by the Hungarian government, a member state and a recipient of massive EU funding.”

Yet, the Norwegian politician adds, “the very week that the EU was discussing sanctions against Russia for its violations of Ukrainian sovereignty, Mr Orbán held up Russia as a success story”.

“As we approach the 25th anniversary of the fall of the Berlin Wall, the EU should demonstrate in no uncertain terms that it will not accept the re-establishment of an illiberal state within its borders,” Helgesen concludes.