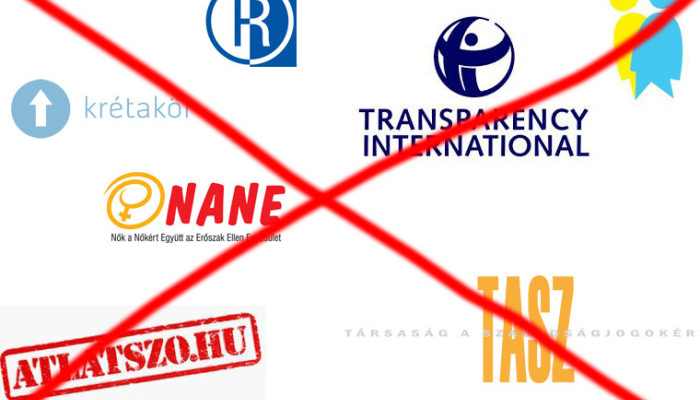 The Budapest Beacon spoke to civil organizations targeted by the government in the wake of last week’s raid on EEA and Norway Civil Grants administrator Ökotárs. The government has labelled them “leftist” and accused them of being funded by “foreign agents”. Here we ask the NGOs their side of the story.

The Asimov Foundation runs workshops on the investigative journalism techniques of its related company Átlátszó.hu for independent websites, blogs and social media activism groups. The foundation also promotes its own freedom of information request system called KiMitTud (Who Knows What?) and offers legal advice.

Átlátszó editor-in-chief Tamás Bodoky told The Budapest Beacon Asimov receives EUR 105,000 (USD 135,170) in funding from the Norway Civil Grants. During the raid police confiscated a folder that included documents on grants and other data.

Bodoky said the Asimov Foundation does not understand the government’s accusation that it is an organization with leftist connections. “Investigative journalism always targets the incumbent government. We conduct no activities of a political nature.”

No one could accuse Bodoky of being uncritical of Hungary’s left wing.  The former Index.hu staffer even published a book entitled Tulkapasok (Excesses) about police abuses under the Socialist government that took place in 2006.

Krétakör Foundation is a theater company that produces plays on contemporary social issues and runs workshops and education programs. It defines its fundamental mission as enforcing civic self-determination and grassroots initiatives.  The NGO does not cooperate with any political party or receive funding from political organizations.  The company recently announced that it would no longer accept state funding, and is now looking at other ways of financing its operations.

Krétakör earlier secured a two-year organizational development grant of EUR 117,000 (USD 150,828) from the Norway Civil Grants. As part of this project it founded Human Platform with the objective of fostering cooperation between civil organizations sharing common goals. According to Krétakör police confiscated every document related to the organization, including all of its earlier applications.

The mission of the Liberal Youth Association (LiFe) is to promote liberal ideas and ensure a colorful and active community life for young liberals. LiFe received an EUR 8,100 (HUF 2.5 million) Norway Civil Grant for its project “European Initiative for the Diversity and Freedom of Media”, which included a petition drive for unified media regulations in the EU.

LiFe suspects that in the Ökotárs raid police may have taken documents they had withheld from the government, citing privacy issues, as well as copies of documents that it had already submitted for inspection at the Government Control Office, KEHI.

Transparency International (TI) Hungary – Exposing corruption where they find it

TI Hungary is the local branch of a global movement that fights corruption in government, business, civil society and everyday life. Its project “TI Academy” received EUR 110,000 (USD 141,739) from Norway Grants. The program runs  awareness-raising workshops for university students and open courses on corruption and the importance of transparency. TI Hungary has received no information about the nature of documents confiscated during the raid.

It has no affiliation with any political party and underlines that it was equally critical of pre-Fidesz governments. In 2008, during the Socialist administration of then-prime minister Ferenc Gyurcsány, TI said corruption had become institutionalized in Hungary. The following year TI published an open letter to then-PM Gordon Bajnai opposing the appointment of Tamás Vahl as economy minister, citing his links to cartel cases at software company SAP. Vahl eventually withdrew his candidacy.

Foundation for Democratic Youth (DIA) – What is democratic behavior?

The Foundation for Democratic Youth teaches democratic practises and prepares 14-25-year-olds for active citizenship. The DIA says people should be familiarized with democratic competences early in their lives. The foundation received HUF 22.5 million (USD 92,959) for a project entitled “The School of Democracy”, which teaches young people about  democratic discourse, democratic competences and social responsibility.

Police took all the documents related to its Norway Grants-funded project in last Monday’s raid, according to the DIA’s information. The organization is apolitical and it works closely with church schools.

K-Monitor – Where do public funds go?

K-Monitor is an NGO that fights for the transparent use of public funds. It raises awareness of everyday corruption, contributing research, analysis and recommendations. The NGO  develops databases and online tools that monitor public spending and hold political and economic figures and organizations accountable. K-Monitor also assists with freedom of information queries and carries out investigative journalism.

K-Monitor secured HUF 37 million (EUR 117,700) from Norway Grants for its two-year-old project Adatozz Okosan (Donate Wisely), which coordinates the securing of public information from state sources. It is currently helping 11 NGOs to process information they have obtained. The organization says the police took every document related to the Adatozz Okosan project in the Ökotárs raid, including documents containing sensitive personal data. K-Monitor was founded in 2007 with the stated aim of uncovering the then-Socialist government’s corruption.

It says it is puzzled by the charges of partisanship, saying it has been seeking ways to cooperate with the present government as it did with previous administrations.