Obama to civil society: America stands with you 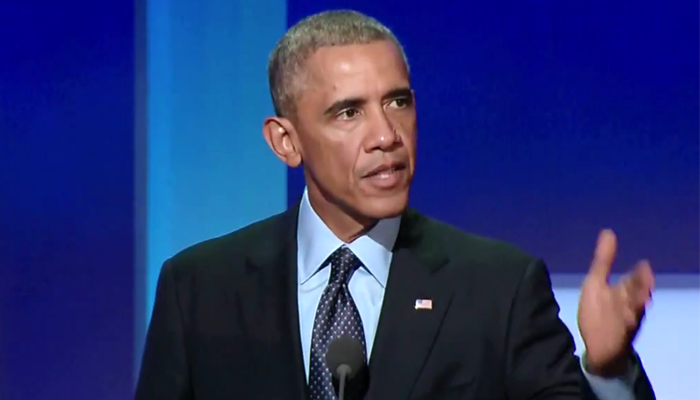 “From Hungary to Egypt, endless regulations and overt intimidation increasingly target civil society.  And around the world, brave men and women who dare raise their voices are harassed and attacked and even killed.”

… These citizens remind us why civil society is so essential. When people are free to speak their minds and hold their leaders accountable, governments are more responsive and more effective. When entrepreneurs are free to create and develop new ideas, then economies are more innovative, and attract more trade and investment, and ultimately become more prosperous.

When communities, including minorities, are free to live and pray and love as they choose; when nations uphold the rights of all their people -— including, perhaps especially, women and girls -— then those countries are more likely to thrive.  If you want strong, successful countries, you need strong, vibrant civil societies.  When citizens are free to organize and work together across borders to make our communities healthier, our environment cleaner and our world safer, that’s when real change comes.

And we see this spirit in the new commitments you’re making here at Clinton Global Initiative to help the people of West Africa in their fight against Ebola.

We’ve also seen this spirit in another cause -– the global campaign against anti-personnel landmines.  Tireless advocates like Jody Williams fought for the Ottawa Convention; leaders like Patrick Leahy have led the charge in Washington.  Twenty years ago, President Clinton stood at the United Nations and pledged that the United States would work toward the elimination of these landmines, and earlier today we announced that we will take another important step.  Outside of the unique circumstances of the Korean Peninsula -— where we have a longstanding commitment to the defense of our ally South Korea -— the United States will not use anti-personnel landmines.

So we will begin destroying our stockpiles not required for the defense of South Korea.  And we’re going to continue to work to find ways that would allow us to ultimately comply fully and accede to the Ottawa Convention.  And the United States will continue to lead as the world’s largest donor of global demining efforts, freeing communities and countries from these weapons.

The point is this started in civil society.  That’s what prompted action by President Clinton and by myself.  And promoting civil society that can surface issues and push leadership is not just in keeping with our values, it’s not charity.  It’s in our national interests.  Countries that respect human rights -— including freedom of association — happen to be our closest partners.  That is not an accident.  Conversely, when these rights are suppressed, it fuels grievances and a sense of injustice that over time can fuel instability or extremism.  So I believe America’s support for civil society is a matter of national security.

It is precisely because citizens and civil society can be so powerful -— their ability to harness technology and connect and mobilize at this moment so unprecedented -— that more and more governments are doing everything in their power to silence them.

From Russia to China to Venezuela, you are seeing relentless crackdowns, vilifying legitimate dissent as subversive.  In places like Azerbaijan, laws make it incredibly difficult for NGOs even to operate.  From Hungary to Egypt, endless regulations and overt intimidation increasingly target civil society.  And around the world, brave men and women who dare raise their voices are harassed and attacked and even killed.

So today, we honor those who have given their lives.  Among them, in Cameroon, Eric Lembembe; in Libya, Salwa Bugaighis; in Cambodia, Chut Wutty; in Russia, Natalia Estemirova.  We stand in solidarity with those who are detained at this very moment.  In Venezuela, Leopoldo Lopez; in Burundi, Pierre-Claver Mbonimpa; in Egypt, Ahmed Maher; in China, Liu Xiaobo, and now Ilham Tohti; in Vietnam, Father Ly.  And so many others.  They deserve to be free.  They ought to be released.

This growing crackdown on civil society is a campaign to undermine the very idea of democracy.  And what’s needed is an even stronger campaign to defend democracy.

Since I took office, the United States has continued to lead the way, and as Secretary of State, Hillary Clinton helped champion our efforts.   Across the globe, no country does more to strengthen civil society than America.  And one year ago, here in New York, I pledged that the United States would do even more, and I challenged the world to join us in this cause.  Working with many of you, that’s what we’ve done.  And today I’m proud to announce a series of new steps.

First, partnering and protecting civil society groups around the world is now a mission across the U.S. government.  So under a new presidential memorandum that I’m issuing today, federal departments and agencies will consult and partner more regularly with civil society groups.  They will oppose attempts by foreign governments to dictate the nature of our assistance to civil society.  (Applause.)  And they will oppose efforts by foreign governments to restrict freedoms of peaceful assembly and association and expression.  So this is not just a matter of the State Department, or USAID.  It’s across the government -— this is part of American leadership.

Second, we’re creating new innovation centers to empower civil society groups around the world.  And I want to thank our partners in this effort, including the government of Sweden and the Aga Khan Development Network.  Starting next year, civil society groups will be able to use these centers to network and access knowledge and technology and funding that they need to put their ideas into action.  And we’ll start with six centers in Latin America, in Sub-Saharan Africa, in the Middle East and in Asia.  Oppressive governments are sharing “worst practices” to weaken civil society.  We’re going to help you share the “best practices” to stay strong and vibrant.

Number three, we’re expanding our support and funding for the Community of Democracies to better coordinate the diplomacy and pressure that we bring to bear.  And this means more support for those who are fighting against the laws that restrict civil society.  In recent years we’ve worked together to prevent new limits on civil society from Kenya to Cambodia.  And we’ve helped expand the space for civil society in countries from Honduras to Tunisia to Burma.  And standing together, we can do even more.

And finally, we’re increasing our support to society groups across the board.  We’re going to increase our emergency assistance to embattled NGOs.  We’ll do more to match groups with the donors and funding that they need.  And in the coming months, our Treasury Department will finalize regulations so it’s even easier and less costly for your foundations to make grants overseas.

We’ll increase our legal assistance and technical support to those pushing back against onerous laws and regulations.  And through our Open Government Partnership we’ll help more governments truly partner with civil society.  We’ll continue to stand up for a free and open Internet, so individuals can access information and make up their own minds about the issues that their countries confront.

And through our programs to engage young leaders around the world, we’re helping to build the next generation of civil society leaders.  And our message to those young people is simple:  America stands with you.