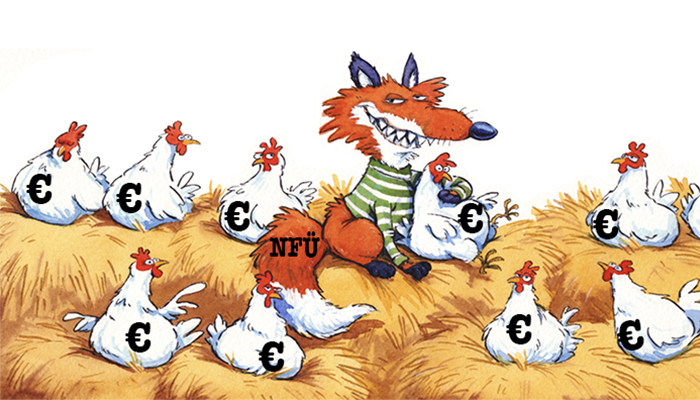 NFÜ was responsible for organizing public tenders and administrating projects involving EU funding through the end of 2013 when the office was suddenly wound up and its personnel transferred to other ministries, including the Office of the Prime Minister.

By agreement with Brussels, NFÜ was permitted to engage experts for the purpose of ensuring that EU funds are properly spent, with the EU reimbursing 85 percent of the cost.  According to OLAF, some of the “experts” had little or no relevant work experience or references.

Furthermore, they do not seem to have performed any work apart from submitting phony invoices.

OLAF says HUF 2.4 billion worth of EU funds remitted to Hungary to help ensure EU funds are not misappropriated were misappropriated. Actually, misappropriation is too mild a term, as OLAF refers to “tax fraud,” “embezzlement,” “document forgery” and “corruption” in the report summarizing its findings.

One contract for well over HUF 1 billion was awarded to a consortium consisting of company by the name of CEU Tender Kft. (which has nothing to do with Central European University as the name suggests) and the law office of Nagy and Pál.  According to hvg.hu, OLAF does not consider this agreement valid.

Nor does it consider valid the second of two contracts concluded with the 2013 Quality Control consortium of five companies—Dezső és Társa Kft. (Dezső and partner Ltd.), Dr. Kardkovács és Társai Ügyvédi Iroda (The law offices of Dr. Kardkovács and associates), Okean Kft., Vépterv Kft., and CEU Tender Kft.  Apparently, the anti-fraud consultation services provided by CEU Tender Kft. proved so indispensable that NFÜ had no problem with it being a member of BOTH consortia.

In true Hungarian fashion, much of the consulting work actually ended up being performed by various subcontractors, including one by the name of Drehor Kft.  Originally founded as a construction company, Drehor Kft. ended up performing 17 percent of the work (for which it invoiced HUF 166 million), even though EU regulations require that any company performing more than 10 percent of the work be named as a consortium member.

If Drehor Kft. was not listed as a consortium member, it is probably because (1) prior to 2011 it had little relevant experience, and (2) one of the experts it employed was the deputy director of NFÜ.

Drehor Kft., in turn, ended up paying its own subcontractor, Bartus Consulting Kft., some HUF 66 million for consulting services rendered.  Like Drehor Kft., Bartus offered little in the way of references, being founded just months before the first contract was awarded.  Over the course of its investigation, OLAF discovered that the sub-subcontractor only accepted cash payments, even though they exceeded the monthly HUF 1.5 million maximum permitted by NAV at the time.

The cash payments were what real anti-fraud experts call a “red flag.”  That, and the fact that, according to invoices submitted to Drehor Kft., certain Barthus employees devoted themselves 26 hours a day making sure not one cent of EU funds was being misappropriated.

Although OLAF may conduct its own investigations, it does not have any legal jurisdiction or powers of subpoena, relying instead on EU member states to conduct their own investigations if presented evidence of wrongdoing.

In Hungarian chief prosecutor Péter Polt, OLAF has not exactly found a receptive partner when it comes to investigating fraud.  In fact, Hungary has yet to sign a cooperation agreement with OLAF that would enable the two agencies to collaborate on such investigations.

If the Criminal Directorate of the National Tax and Customs Office (NAV) is conducting an investigation into the matter as Polt, claims, András Tállai, the undersecretary responsible for overseeing NAV operations, doesn’t know anything about it.

The two officials provided Dialogue for Hungary MEP Benedek Jávor with two seemingly contradictory answers in response to his written request for information.

News of this reportedly prompted Minister for National Economy Mihály Varga to order an investigation into the reason András Tállai was not informed of the investigation.

Now you see it, now you don’t!

At the end of 2013 Hungary suddenly wound up the NFÜ.  The decision to do so took many Hungarians and foreigners by surprise, especially foreign donors, as the NFÜ was designated in agreements with the EU, Norway, Switzerland, and other donor countries as the “national focal point” responsible for administering development funds in Hungary.  Hungary’s decision to wind up NFÜ at the end of 2013 without consulting or even informing donor countries did more than raise eyebrows–it resulted in the temporary suspension of hundreds of millions of euros in development grants.  This, in turn, was at he root of the diplomatic rift between Hungary and Norway that erupted in April 2014 over the question of fiscal transfers to Hungary.

For the last six months of its existence, NFÜ was run by Fidesz MP János Lázár, then an undersecretary at the Office of the Prime Minister.  Instructed by Viktor Orbán to call down every euro, Norwegian crown, and Swiss franc of development funds to which Hungary was entitled, the future Chancellor (whose family recently acquired USD 2.6 million worth of ground at state auction) also spent copious amounts of EU and Hungarian taxpayer funds on advertising.