“Only civil activists are keeping refugees alive in Hungary” 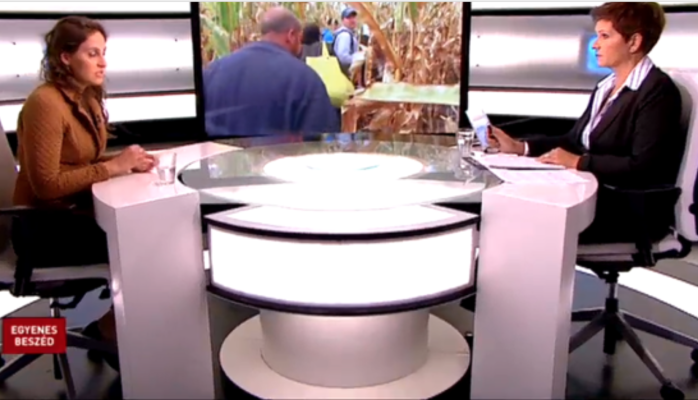 “It is simply so inhuman and unacceptable that (refugees) are sleeping out in the fields where the temperature at night falls to 3 or 4 degrees Celsius. This can be very dangerous, especially for children.” – Nóra Köves , civil activist

Civil activist Nóra Köves offered the following eyewitness account of the chaotic situation in and around the Röszke refugee camp to ATV’s Olga Kálmán Monday night.  The original broadcast, which contains disturbing footage of desperate refugees with small children, can be viewed here.

Olga Kálmán: The representatives of various humanitarian organizations on the scene report that there are not enough buses to transport refugees from the collection points to the refugee camp at Röszke where the registration takes place.  Officially, the registration is supposed to take place within 36 hours.  However, they report that this is not happening.  A lot of people are sleeping out in the open, even though it is getting cold at night, either due to a lack of buses, or because they don’t want to board them, or because they do not want to register themselves.  You were also at Röszke.  What is the situation?

Nóra Köves: There is unbelievable chaos.  What we have yet seen in Röszke and throughout Hungary with regard to refugees is practically the complete lack of the state function indicative of incompetence.  It is not an exaggeration to say that people’s human rights are being massively violated.  Presently the state does not fulfill its functions.  We experienced terrible chaos yesterday within the police, as well.  That doesn’t mean the police there did not perform their duties professionally.  But even they didn’t know what was going to happen in the following hours.  It is the civil activists there that are effectively keeping the refugees there alive by providing them with food, drink, and tents.  And there are volunteer doctors there as well.   We were there yesterday and we saw that there was no place at the collection points where the people could take shelter from the night. 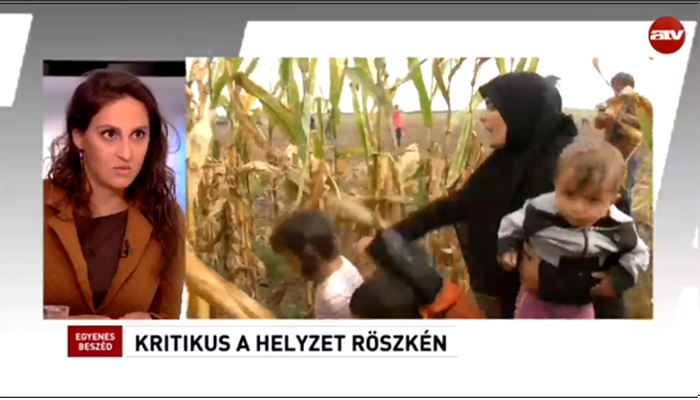 NK: The collection point is about 200 meters from the border.  This is where they collect those people they cannot transport to the camp to be registered.  The tents there were supplied by civil activists.  There are far fewer tents than there are people. Last night around 500 people slept out in the open in a cornfield without access to public utilities or services of any kind.

OK: There aren’t any tents either!

NK:  It was very cold.  There weren’t enough blankets.  There were a lot of children.  About half of the 500 people were women and children, a lot of who crossed the border in very bad shape. One little boy nearly died from dehydration.  We were able to send him to hospital, but a lot of them are in very bad shape. In vain did we try to help them. We called the disaster management authority, but they had no idea what to do.  In the end, in order to prevent them from freezing to death, we built campfires from garbage and clothing that appeared to be unusable.  We activists went out to look for wood in the area to use as fuel.  The police did not allow there refugees out of the police cordon to help look for firewood.  So the situation is really that it is the civil activists who are keeping the people alive, and the state is not fulfilling its basic function. 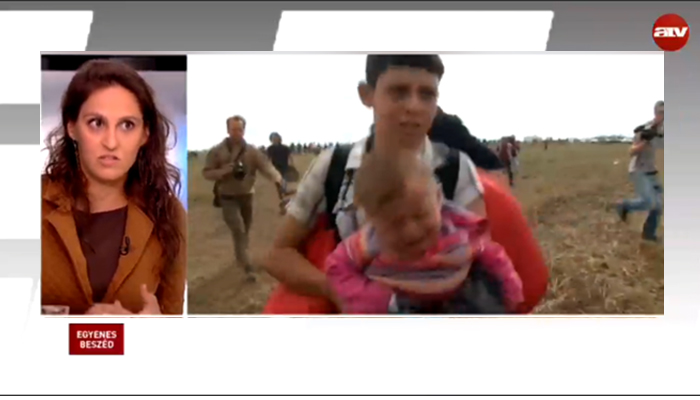 OK: So the state hasn’t supplied anything to the collection area that would improve the refugees’ situation?

NK: Nothing.  I only saw one policeman distributing water.  Whatever is there was supplied by civil activists.  Volunteer doctors were treating patients by the headlights of their vehicles after dark. There is absolutely nothing there, even though it wouldn’t be difficult for the authorities to do something about the situation.  If such a situation arises like the current one . . .

OK: Which has not come about unexpectedly . . .

NK: Even earlier it was possible to calculate that there would be a large wave of refugees due to the Syrian civil war and numerous other factors.  They are incapable of supplying tents, which could be organized in a day.  Even if they were not prepared for this, which is not true, because they prepared for it with a hate campaign rather than solve the problem.  But even if we assume that they did not know about it earlier, it should have been easier to resolve the situation faster and more effectively.

OK: What is the situation at the hangar where the refugees are taken to register?  Is there a place where they can sleep or wash up? 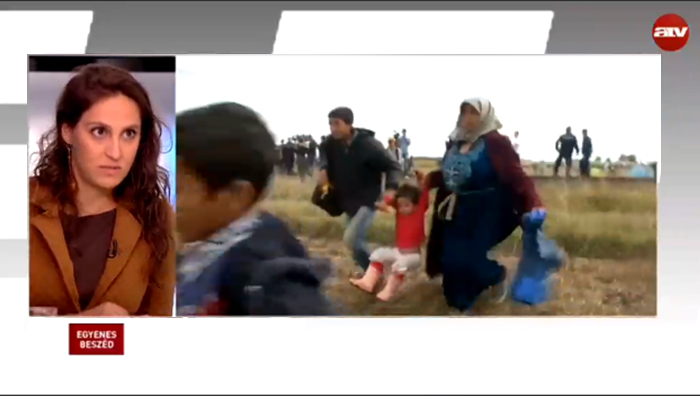 NK: I wasn’t there because they don’t let civilians in.  But I know that these camps are full.  The police don’t know what to do with them.  They are not authorized to transport them elsewhere.  The problem isn’t a shortage of buses, but that the registration process is too slow.  Even with the additional tents, there is not enough places for people to sleep.  This is the reason they cannot take more people there.  But this could be solved by opening a school or sport stadium in Szeged.  It is simply so inhuman and unacceptable that they are sleeping out in the fields where the temperature at night falls to 3 or 4 degrees Celsius.   This can be very dangerous, especially for children.

OK: Are the small children in the worst shape?

NK: Actually, what we experienced yesterday is that practically everyone is sick. Everyone is congested. Obviously, the children suffer the most from the fact that they haven’t been fed or bathed properly for months.  Basic life essentials are missing.

OK: Are you saying that it is not the case that refugees broke out of the refugee camp, where they would be willing to remain under normal circumstances, but that it is having to spend days in the collection points out in the open that they find unbearable?

NK:  Precisely. The people I spoke by the side of the M5 motorway told me that they had been forced to wait in the collection area for three days.  They were forced to sleep out in the fields without any services  They were terribly cold.  And they did not know what would happen to them.  There are no interpreters.  Very few of them speak English.  Nobody is informing them what is going to happen with them.  They said they simply could not bear to wait any longer.  Many of them have been walking for months to reach this far.  I would think that, having reached the threshold of Europe, they could expect proper treatment.  But it appears that this is not the case. They simply got tired of waiting.  Yesterday, I spoke to a Syrian doctor who said that they are being kept in such terrible conditions that they feel like animals rather than human beings.  The basic conditions are missing for them to live.  In addition to violating their basic rights, it violates their human dignity.

OK: After breaking through the police cordon and sitting by the side of the M5 motorway the refugees ended up boarding busses and returning to the collection point.  What was the reason for this?  Did the police persuade them to return?

NK: They were very, very tired.  They were hungry.  They were thirsty.  They were very cold.  I think they realized that they weren’t going to be able to walk to the Austrian border, and they simply gave up the struggle–not for the right to a normal life–but to continue on through the night.