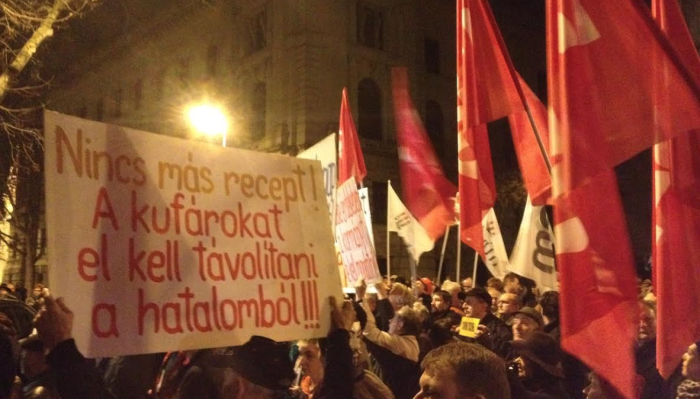 Every opposition party with a parliamentary fraction supports Jobbik’s proposal to launch an inquiry committee which would investigate last week’s referendum scandal at the National Election Office, reports MTI.

Jobbik MP György Szilágyi told Hungary’s state-run news agency on Saturday that his party would collect the necessary amount of endorsements from MPs to see the proposal put before parliament. According to Szilágyi’s statement, Jobbik expects Politics Can Be Different (LMP) and the Hungarian Socialist Party (MSZP) MPs to be signatories to the proposal seeking to establish a parliamentary committee of inquiry.

Szilágyi said the proposal would only fail if Fidesz MPs voted against it.

“[If they do so], then they admit that their party played a role behind the scenes,” he said.

According to Jobbik, the fiasco at the National Election Office on Tuesday of last week, in which private security guards prevented MSZP MPs from submitting an application to hold a referendum on Sunday store closures, was the biggest scandal of the past 26 years. Szilágyi said there needs to be an investigation launched to determine who dispatched the muscle-bound skinheads to the National Election Office, how these men were paid and who were the orchestrators of the incident.

The individuals reportedly work for Fradi Security, which is owned by Ferencváros Football Club whose director is Gábor Kubatov, the managing director of Fidesz.