Orban calls on Hungarian diaspora to unite as a “world people” 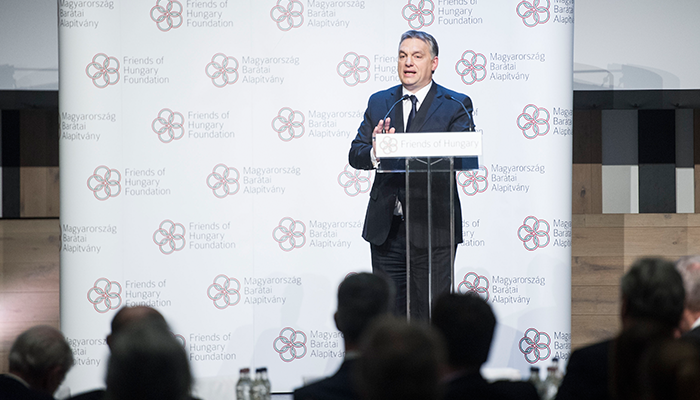 Fears that the Hungarian diaspora would somehow unduly influence Hungary’s domestic politics after being given the right to vote in parliamentary elections appear to be unfounded.  Of the 550,000 granted citizenship as of the end of December, only 114,508 have registered to vote to date, of which 45 per cent are from Romania and 16 per cent are from Serbia.

People of Hungarian descent living outside Hungary’s “near abroad” have demonstrated a pronounced lack of interest in obtaining citizenship or voting in elections.  Of the estimated 1.8 million people of Hungarian descent living in the United States and Canada, for example, just over 2000 have applied for Hungarian citizenship and only 885 have registered to vote in parliamentary elections scheduled to take place April 6 of this year.

The reason for this may be that many Hungarian ex-patriots share the opinion of Los Angeles based Hungarian emigré Jozsef Novak that “one should vote where one lives and pays taxes”.

On Monday prime minister Viktor Orban delivered a speech in Budapest to some eighty people of Hungarian heritage from twenty countries.  After stressing that Hungary was open to learning from the experiences of other, more successful countries, Orban stressed the importance that “the 2.6 million Hungarians living outside the Carpathian basin” establish a “good working network” as a “world people”.

Orban said there existed in Hungarian society and among its political actors a new consensus based on four pillars:  (1) People who are of working age should live from work and not from assistance. (2) Those who base their lives on credit cannot be free. (3) Everything within reason should be done to support families and encourage child-rearing, and (4) Hungarians living abroad are full legal members of the Hungarian nation.

The event was hosted by the Friends of Hungary Foundation, whose board of trustees is chaired by former Hungarian Academy of Sciences head, Szilvester E. Vizi.  According to Orban the goal of the Friends of Hungary Foundation is to “inform Hungarians living around the world about, and involve them in, the successful social, cultural, economic and scientific activities of the Hungarians”.

Editor: And to persuade other people of Hungarian descent to apply for Hungarian citizenship and register to vote in the interest of returning the current Fidesz-KDNP government to power, as diasporas tend to vote conservatively.