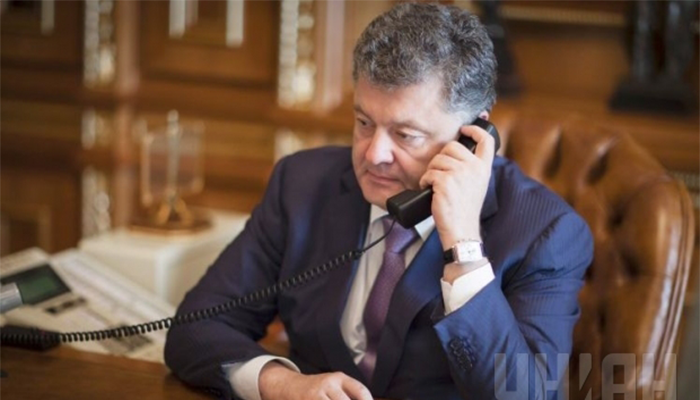 Energy market strategy as well as security issues were discussed by phone on Tuesday between Hungarian Prime Minister Viktor Orbán and Ukrainian President Petro Poroshenko, Hungarian state news agency MTI reported. The mostly symbolic act comes only days after Hungarian Minister of Foreign Affairs and Trade Péter Szijjártó’s statement criticizing Russian military intervention in eastern Ukraine, after returning from an official trip to Berlin. Hungarian news sources speculate that the foreign minister’s critical comments were made in reaction to the recent worsening relations between Germany and Russia that became apparent during the G20 talks recently held in Australia.

MTI wrote that “Orbán welcomed the development of high-level Hungarian-Ukrainian dialogue and emphasised the importance of good neighbourly relations. The Hungarian premier assured Poroshenko that Ukraine can regard Hungary as a trustworthy partner which fully supports its sovereignty and territorial integrity, a prerequisite for stability and good neighbourly relations.”

Previously the Hungarian government has been heavily criticized by the United States in connection with its closer ties with Vladimir Putin’s Russia despite anti-Russian economic sanctions being introduced by the EU and the US in response to Russian military aggression in eastern Ukraine.

Germany is by far the biggest investor in Hungary with an estimated 25% foreign trade with the country generated by German companies. At the end of 2011, German investment represented 30% of Hungary’s total FDI.