Orbán fears Juhász’s whistle, but Juhász won’t back down 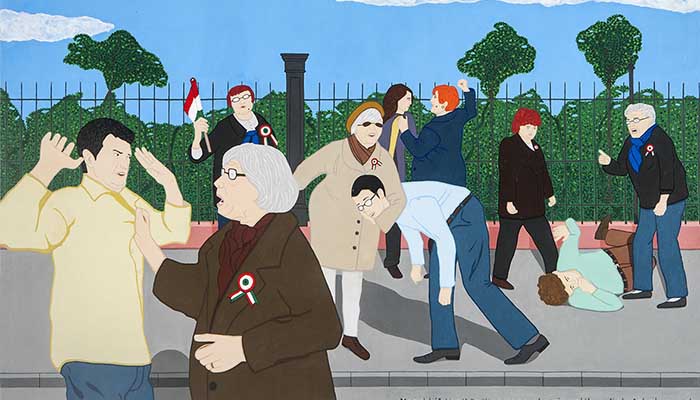 Péter Juhász, chairman of the opposition party Együtt, announced Thursday that Budapest police have informed him he will not be allowed to distribute whistles at three so-called “whistle distribution points” during next week’s state-organized March 15th celebrations.

According to Juhász, his party lawfully notified authorities about their plans to distribute whistles near the site of Prime Minister Viktor Orbán’s March 15 celebratory address. Juhász has organized several protest events in recent months where he encouraged attendees to disrupt government-organized events by blowing whistles, but police personally visited Együtt’s offices Thursday to inform Juhász that he would not be permitted to distribute whistles to demonstrators.

Juhász claimed that the police action violated rights to freedom of assembly, adding that those rights can only be curtailed if the assembly restricts transportation or the operation of state organs.

Why do the police care about whistles being distributed?

The prime minister, who is careful to publicly appear only in very diligently controlled settings, was visibly distraught by the noise. So much so, in fact, he quipped that the demonstrators were actually the legacy of Hungary’s communist era.

Orbán supporters were upset by the whistling, and instigated violent scuffles with the demonstrators.

Here’s a video of the speech: