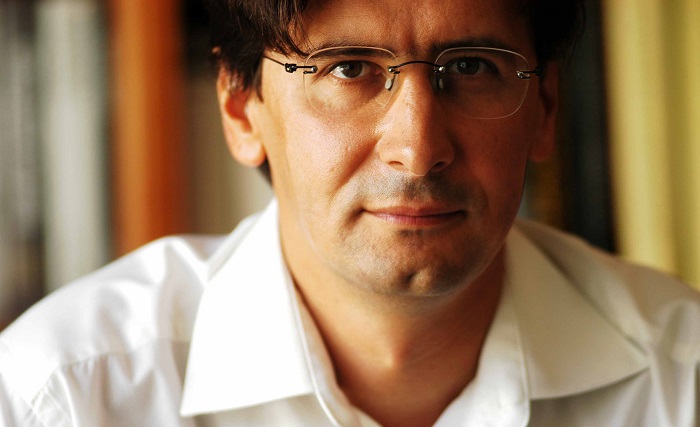 Former liberal MP and member of the National Assembly’s national security committee József Gulyás (pictured above) says Hungary has become Russia’s trojan horse in Europe. Russia, he claims, is keen on dismantling European cohesion and breaking NATO, and Prime Minister Viktor Orbán has been all too eager to turn away from a quarter-century’s worth of precedents in national security policy to cozy-up to his new friend. Gulyás’ statements were published in an interview he gave to Márton Gergely of hvg.hu.

According to Gulyás, the public’s faith in Hungary’s state security services was shaken during the era of former prime minister Ferenc Gyurcsány, “when it became clearer than ever that the services are not able to operate independently of the influence of party politics.”

Since then, he said, the problem has only gotten worse. Whereas in earlier years, “politics played a role – within constitutional boundaries – in directing the services in accordance with [Hungary’s] obligations derived from its position in an international alliance,” the situation has since deteriorated to the point where Hungary’s domestic politics has all but turned its back on the EU and NATO and the shared values they represent.

“For all intents and purposes, the Orbán government has turned its back on alliance policy that had been developed since Hungary’s democratic transition,” Gulyás said. “The government has changed the very foundations of our domestic and foreign security. The day-to-day politics, government communication, and hapless worldview presented by Hungarian public media runs counter to the strategy employed until now.”

“What we can see is that Viktor Orbán’s trademark warlike rhetoric has intensified — primarily against our allies and the shared values we hold. It appears as though Hungary is a trojan for Russian influence, influence that is set on dismantling European cohesion and weakening the alliance. Things are happening on a daily basis which would have been unimaginable earlier,” he said.

What would have been unimaginable earlier

Contrary to its allies in the West, Hungary has done nothing to inform the public about the very serious threats coming from Russia, Gulyás said.

“Our foreign security service partners are sending increasingly strong signals that the risk is serious, and they are informing the general public as well. German and Czech intelligence services have practically released their reports on this subject to the public,” he said. “This is a sort of intervention, an effort to inform the wider public with the aim of helping them understand what is happening in the right context. The exact opposite is happening here: anything concerning Russian threats and efforts for expansion are not discussed, while the dying West, the European Union, or even – also similar to the Russian style – the embodiment of hidden power, George Soros, pose the greatest threat to our national sovereignty.”

On oligarch-in-exile Lajos Simicska’s claim that Prime Minister Orbán planned to buy television station RTL Klub with money from Russia’s atomic energy corporation Rosatom, Gulyás said “the reality of the claim independently fits into the picture that is unfolding in front of us.”

Putin’s Russia lures and compromises foreign leaders with the promise of funds corruptly obtained through profitable Russian ventures, and Russia dangles a “string of honey” in front of the foreign leaders they seek to manipulate, Gulyás said.

“In Hungary, there is no good explanation which would shed light on why the Paks agreement was entered into so suddenly and in that form. It’s hard not to think that corrupt practices are the main drivers behind the ever-increasing number of these business deals. What makes this feeling stronger is that these deals are closed off to the public and are opaque,” he said.

Is Orbán being blackmailed by the Russians?

“There have been reports in the press suggesting that Viktor Orbán’s history as an undercover agent can be used to blackmail him. But I don’t think this is where we should be looking. If the prime minister worked with the military intelligence as a soldier, the role he played in the second half of the 1980s exonerates him from the charge that he was a collaborator with the Kádár system. We shouldn’t look to the past to identify the problem,” Gulyás said.

Gulyás noted how strange it is that “it is practically impossible for the Hungarian government to show a single close relationship with a western leader and ally that comes anywhere near the kind of relationship it has with Putin’s Russia.”

“All this at a time when Moscow violated the territorial integrity of our neighbor [Ukraine],” he said. “And that’s when we choose to enter into [the Paks] agreement that will commit our country to something for decades.”

“We do not know the extent to which risk assessments were prepared before the deal was struck,” Gulyás said. “Unfortunately, there was no parliamentary oversight and the committee which could have had oversight – which is led by an opposition politician – did not function properly in this respect,” he continued, referring to MSZP’s national security committee chairman Zsolt Molnár.

According to Gulyás, there is no information to suggest that Molnár sought to use his power as chairman of the National Assembly’s national security committee to help his fellow MPs become acquainted with the inherent national security risks presented by the Paks deal.

“It is not only the right of the national security committee, it is its duty to become acquainted with the national security risk assessments performed for issues of this magnitude. It should have looked at these reports, but I have no information to suggest that the opposition chairman of this committee pushed hard in this direction,” Gulyás said.

Based on the language Gulyás used in the interview, it is safe to assume that he is implying gross incompetence (or worse) with respect to Molnár. As another example, Gulyás pointed out Molnár’s handling of the Yandex scandal in which Hungary’s propaganda ministry was forwarding sensitive personal data of Hungarian citizens to Russian servers known to be accessed by Russia’s state security services.

“Statements recently made by former [security] operations director Ferenc Katrein suggest that is what is happening,” Gulyás said, referring to a recent interview with a former operations director with the state security services. An interesting angle in Katrein’s recent interview is how he outlines the extent to which Hungary’s state security apparatus has become usurped by Russian interests.

“Anyone who has followed, even based on openly available media reports, the changes in activity of Russian security services in the region did not read anything new in Katrein’s interview. What the interview did provide, however, was a confirmation,” Gulyás said, adding that he has known Katrein since the hearings on a series of right-wing attacks and murders of Hungarian Roma several years ago.

“That’s when I had the opportunity to meet him, and I took him seriously,” he says. “We’re talking about a man, a high-ranking official in state security, who observed the operations of the services. For me, it isn’t only the self-reflective statements he made regarding the Roma murders that give him legitimacy, but also that he spoke openly on how the Russian security services were able to penetrate Hungary under the Gyurcsány government with the assistance of the senior officials in the National Security Agency. Katrein’s statements do not come across as though he is trying to say something bad about how the security services operate under the Orbán government, rather he is saying aloud that politics has been interfering in the state security apparatus for years and that politics is now demanding of the services something that inherently violates Hungary’s national security. I don’t think he is doing this out of spite. I think he shared his thoughts with the public out of his sense of duty,” Gulyás said.

In response to a claim by pro-government daily Magyar Idők that Katrein is a traitor for giving that interview, Gulyás said that Katrein himself was claiming that treason was being committed, and that “the Hungarian security services are co-perpetrators of this treason.”

As for Magyar Idők, Gulyás says the newspaper should think about what treason really means and then review its own activities.

According to Gulyás, certain key individuals in government are very worried about the emergence of compromising information. Leaked documents from the state security services and an angry Lajos Simicska are causing certain people to squirm, he said.

“There is a fear and anxiety among the political clients of [Magyar Idők]. They are worried that compromising information may be released from their former ally Lajos Simicska or from documents leaked by the security services. Because they can’t pinpoint what it is they are expecting, they are trying to preempt these accusations by totally discrediting anything that comes out before this information even emerges. This shows that those affected by the release of this information aren’t able to sleep well at night, that there is reason for them to be afraid.”

According to Gulyás, “the Béla Kovács story is proof” that Hungary’s foreign security services had known for some time that Kovács (a Jobbik MEP accused of spying for Russia in 2014) was a financial link between Jobbik and Putin but had done nothing to act against him.

Gulyás says that when Hungarian security services finally decided to act, they did so in “the absolute worst way possible: they printed the information on the pages of Magyar Nemzet.”

Instead of catching Kovács in the act, uncovering his network, uncovering the network of Russian agents he had worked with, etc., Hungary responded by giving the Russians a few days to clean up and shut down their operation before any links could be drawn. Had the Hungarian services responded quietly, the security services could have built and ensured a much stronger case and formal diplomatic steps could have been taken.

Szilárd Kiss, on the other hand, is the responsibility of many and the shame of all parties who failed to detect what this “two-legged risk factor” – as Gulyás described him – was up to.

“There’s no good explanation on how he was able to sell off papers allowing thousands entry into the Schengen zone. This should have been investigated a long time ago: who knew, who found out when, how much did they know, what did they approve, etc. So many visas being issued can’t simply fall through the cracks of the system. It is troublesome and alarming that this was able to go on for years. This is the same situation with the Yandex scandal. Some people decided that they wanted to share access to sensitive private data with the Russian services. But there’s no investigation to determine who decided to do this and bring this under our roof,” Gulyás said.

Can Hungary count on “assistance” from the Russians in the upcoming 2018 elections?

“The Russian security services are perfectly satisfied with Hungary’s current status quo,” Gulyás said. “We can assume that they are prepared to maintain the status quo by extending a helping hand with disinformation during the elections. At the same time, the impact of the Hungarian and Russian security services is limited. If there is a very strong public sentiment, there isn’t something that a few agents with fireworks can change. However, these kinds of acts can certainly decide the fate of a few parliamentary mandates, which means that even the government’s own ability to stay in power depends on them. But a much more pressing problem for the elections is the election system itself.”