Orbán: No one is above the law 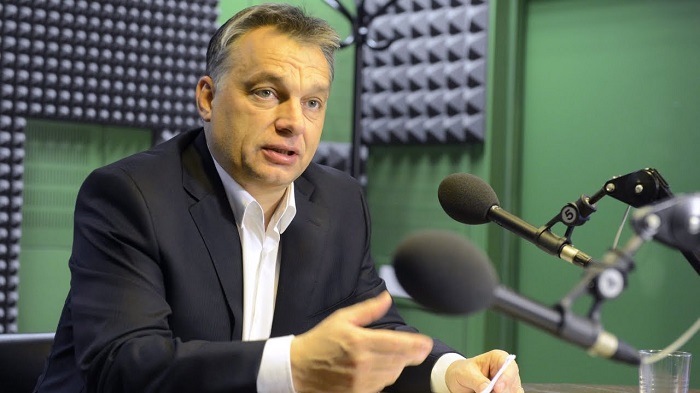 Orbán talks about CEU, the EPP summit, and NGOs

“Cheating is cheating, regardless of who does it,” Prime Minister Viktor Orbán said in an interview with Hungary’s state-run radio on Friday morning. “There was a review, because we perform reviews of educational institutions every four or five years. We determined that a number of universities were operating irregularly, including George Soros’ university. In Hungary, it doesn’t matter if someone is a billionaire, no one is above the law. This university must also abide by the law,” Orbán said.

When asked whether Central European University will be in Hungary one year from now, the prime minister responded, “This depends on the meetings and any agreement reached between the governments of Hungary and America.”

According to Orbán, CEU does not consider itself a Hungarian university, and therefore there must be an agreement between the US and Hungary regarding CEU’s academic programs in the country. Furthermore, he said, the current arrangement puts Hungarian universities at a disadvantage by favoring foreign universities.

CEU responded to Orbán’s statement shortly after the radio interview.

“Central European University utterly rejects the Prime Minister of Hungary’s false allegations that CEU is ‘cheating’,” the statement reads. “Contrary to the Prime Minister’s statement, there is no current Hungarian law that requires universities to have operations in their home countries in order to award degrees in Hungary. CEU is accredited to award Hungarian and U.S. degrees. We have been lawful partners in Hungarian higher education for 25 years and any statement to the contrary is false. We also note, in contrast to the Prime Minister’s statement, we are registered officially under the names Central European University and Közép-európai Egyetem.”

On the EPP summit in Malta

Orbán just returned from the European People’s Party summit in Malta, where, after having met with “around 20 delegations,” he almost broke “a diplomatic record.”

“I did exchange a few words with Angela Merkel but there were Hungary–Germany bilateral meetings,” Orbán said of the summit of center-right European parties, of which Orbán’s Fidesz party is a member.

The prime minister claimed that while European politicians are not publicly thanking Hungary for stopping migration, he believes they all know it is true.

“That’s why everyone expresses their appreciation for Hungary’s work in the hallways and in small, closed meetings,” he said.“When they are out in front of the public, they all say things aren’t right. Of course, they are not saying it with the same force as perhaps two years ago when the situation was much worse. But then I respond, ‘I think everything is fine’.”

According to Orbán, Europe will want to follow in Hungary’s footsteps by building fences and erecting shipping container transit zones.

“It won’t take long before every European country will follow our example,” he said.

“First of all, I have to say that I think this situation has become morally unsustainable. These aren’t even civil organizations, they call themselves NGOs, nongovernmental organizations, but they have nothing to do with the civil society organizations that exist in the thousands. So, the behavior of these international networks, I must say, honestly, affects me deeply,” Orbán said.

Young Hungarian police and military personnel are doing hard work down at the border, he explained, but “[the NGOs] accuse [the border protectors] of not doing their job right,” and accuse them of being “wolves dressed in human skin….who take joy in abusing people.”

“They constantly provide security for the Hungarian people in a rather complex situation. These people deserve acknowledgment….And then there are a few organizations that approach this situation from a perspective completely alien to Hungarian interests, and they attack these people.

“Why should they capture the illegal border crossers? Why should they risk their own personal safety if here in Budapest and in Brussels they attack them from behind?” he asked.