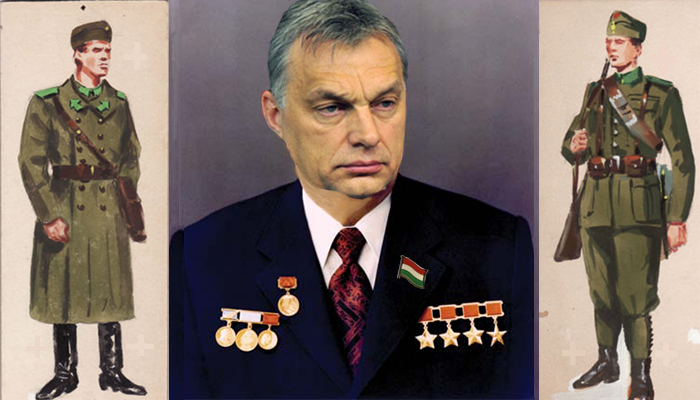 Index.hu reports that Viktor Orbán is dissatisfied with the conditions of Hungary’s military. Several statements made both recently and over the years by the prime minister suggest the country may be enlarging its military.

“It is not good that Hungary is lagging at the end of the line,” Orbán told Katolikus Rádió in September. “A serious country has its own military. It’s not something that should simply be something on a checklist. It should be a force to be reckoned with.”

The prime minister said Hungary would not introduce compulsory military service because it brings back “very bad memories.”

“We should not approach [military service] from the angle of making it compulsory because that does not work for Hungary. We should shine light on the meaning of military service. That is why we will set up voluntary [territorial defense] units. This is a concept we are discussing, and decisions will be made soon,” Orbán said.

According to Index, defense minister István Simicskó also recently discussed ushering in a program in which voluntary military units would be set up around the country to essentially act as reserve forces.

These programs, the government hopes, would encourage the notion of “patriotic commitment and willingness to make sacrifices.”

In practice, the government would like to “offer more and more young people the opportunity to take part in volunteer military reserve services by emphasizing this within the framework of being a national issue.”

Simicskó has also expressed his desire to see military school-like programs to encourage young people to learn the basics of military training.

According to the minister, the goal here is not to train militants, but rather to offer young people a counter-culture that is rooted in a value system based on love of the homeland.

Index writes that, as indicated by the military’s efforts to erect a fence along Hungary’s southern border last year, the national defense forces are in extremely poor condition.

Index writes that if there was any lesson learned during the peak of the refugee crisis, it was that the military was incapable of building the border fence on its own. Prison workers and public scheme employees were being shuttled down to the border to assist the military in its efforts — in some cases, against their will.

According to Index, the government’s defense spending last year came to 0.79 percent of GDP, down from the 1.31 percent allocated in 2009 under the Socialist government. Since 2010, when the second Orbán government came to power, the Hungarian state has consistently spent less than 1 percent on defense.

Now, Index writes that the Orbán government says it is committed to increase defense spending by 0.1 percent per year until 2022. At this rate, Hungary would actually reach the defense spending levels of 2004 by 2022.