Orbán says Hungary is opposed to the exportation of democracy, migration 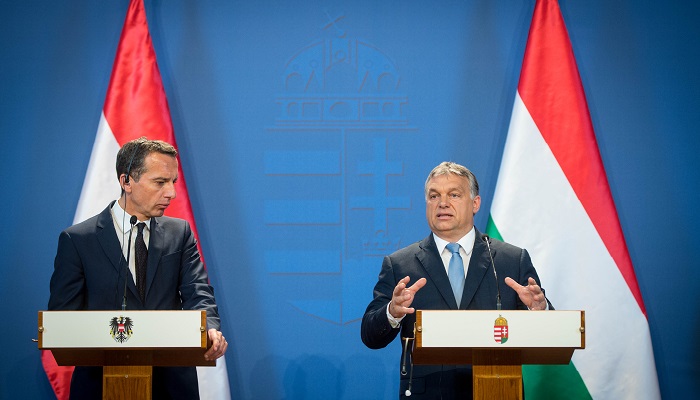 The anti-immigration policies of Republican presidential candidate Donald Trump are good for Europe and are a lifeline for Hungary, said Prime Minister Viktor Orbán at his joint press conference with Austrian Chancellor Christian Kern. Orbán also thinks that each and every migrant poses a public security and terrorist threat.

After the meeting, Orbán said the best method for protecting the Hungarian-Austrian border would be if the two countries jointly protected the Hungarian-Serbian border. He claimed that the first step has already been taken by Austria sending 20 people to protect the border. Hungary had asked Austria to explore the possibility of continued cooperation, and of upgrading this effort by substantially increasing the number of personnel sent to the border.

The Prime Minister stressed that Hungary takes back every migrant who entered the EU in Hungary in accordance with the international agreements, and immediately moves them on to where they came from. He added: this is possible because Hungary has agreements with the countries of the Western-Balkans on the returning of migrants. Orbán said Hungary receives the measures implemented by Austria at its borders with understanding. 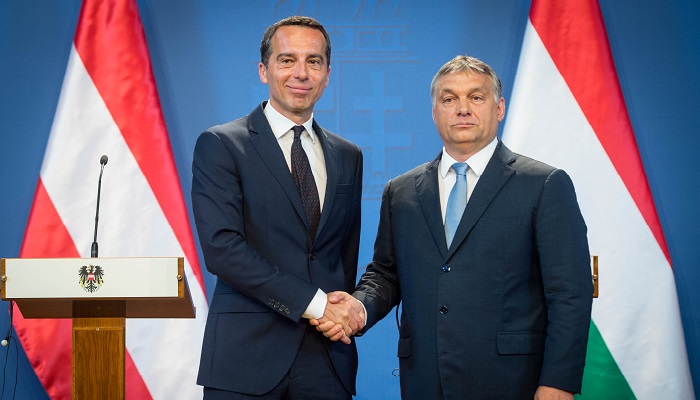 Every migrant is a threat

He pointed out that Hungary has “hermetically” sealed the Hungarian-Serbian border, and no one is allowed to stay in the territory of the country illegally. Therefore, no one arriving in Hungary illegally can move on to Austria, he said, adding that 8000 military and police personnel are working at the border. If the current practice could be maintained, Hungary would be able to protect Austria from illegal immigrants.

In answer to a question, Orbán said the reason why migrants are leaving Hungary for Austria is that the European Commission decided that closed and guarded refugee camps must be disbanded or must be turned into open facilities. Should the possibility of “stationing” migrants in closed facilities exist, not a single person would go from Hungary to Austria, he asserted. Orbán takes the view that the current European law does not help, but rather hinders Hungary in this issue.

He stressed that the essence of “the Hungarian entry policy” lies in only allowing in as many people as the authorities are able to check. Based on the Hungarian approach, “each and every migrant poses a public security and terrorist threat”, and it takes a long time – several months – to determine the extent of the risk or whether the risk exists at all.

“For us migration is not a solution but a problem … not medicine but a poison. We don’t need it and won’t swallow it,” he said, according to the Guardian.

The Prime Minister expressed his condolences to the victims of the Tuesday terrorist attack in France and to their relatives.

“The series of terrorist attacks committed against Christian Europe to date has reached an entirely new level,” he said.

Democrats are bad for Europe

In answer to a question about his support for Republican US presidential candidate Donald Trump, Orbán said “the Democrats’ foreign policy is bad for Europe and fatal for Hungary. By contrast, the migration and foreign policy endorsed by the Republicans and presidential candidate Donald Trump is good for Europe and is a lifeline for Hungary”. He argued that one policy supports migration, the other one is opposed to it. One side regards the construction of democracy as a priority in its foreign policy, the other one is against this.

Hungary is opposed to the exportation of democracy and to migration, and this renders clear where Hungary’s best interest lies without any interference on its part with the issue of who will be the next President of the United States, as this is solely and exclusively the Americans’ business, he pointed out.