Orbán says people in the West are “spiritually suppressed” 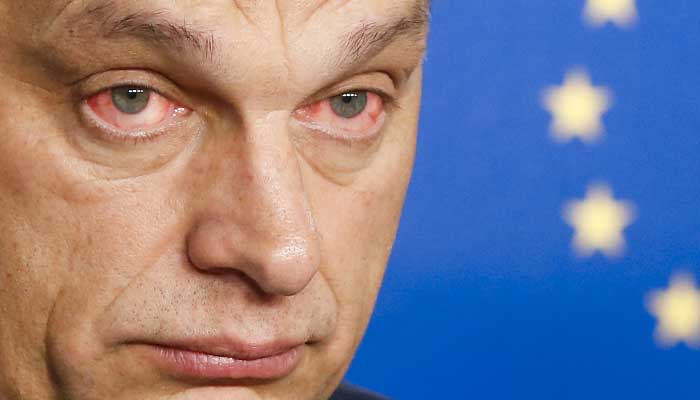 “They are now saying in Germany what Hungary has been saying all along,” said Prime Minister Viktor Orbán this morning during his weekly radio interview with state-run media. According to Orbán, Germany has finally come around and now shares the Hungarian position on how to manage the refugee crisis.

There’s a catch, though.

Orbán says Germany will not openly admit that it now shares Hungary’s opinion because people in the West aren’t straightforward like Hungarians.

Yes, he really said that.

The prime minister went on to accuse Germany of acting unilaterally by inviting a bunch of “unscreened migrants” into Europe. According to Orbán, Germany made this decision alone and must bear the consequences alone.

“This means that Hungary did not have a role in this decision. We would have opposed it. We would have obstructed any democratic motion to make it happen but we were denied that opportunity. Now, they can’t demand that we bear the consequences of their decisions. Furthermore, the problems that result from their decision – terrorism, rape, the endangering of European culture – would be imported to Hungary. Why would we do that?” Orbán asked.

To make matters worse for Hungary, the prime minister says Brussels wants to force the quota onto the entire EU.

“And in Hungary the left represents what Brussels is saying,” he said. “If we can’t stop them with a referendum, then it will surely happen that we Hungarians will not be able to decide for ourselves who we must live with.

“I think this is the trampling underfoot of national independence and sovereignty. And that’s why it needs to be stopped with a referendum.”

He went on to accuse the Hungarian left of conspiracy with Brussels to bring people into Europe to solve the EU’s demographic problem and labor shortages.

According to Orbán, Europe’s labor shortages need to be filled by giving work to young Europeans, not by “importing or letting in outsiders from other cultures that are difficult to live with and who increase the risk of terrorism.

But he’s no racist

“Look, to the Hungarian ear this may sound completely normal but to say something like this is considered racist in the West.”

According to Orbán, the West simply doesn’t understand why Hungarians would give preferential treatment to their own kids.

“This is what is normal in Hungary. Nine out of ten people in Hungary agree with this. That’s how life is. In the West they call this being selfish, not showing solidarity, and inhuman. They even say it is racist if we call the terrorist migrants ‘terrorists’. The West lives in a bubble, an ideological bubble that separates them from reality. And they issue the most crude condemnation against anything that doesn’t make sense to the world as seen through that bubble.”

Orbán said people in the West don’t talk straight like he and the other Visegrád 4 leaders do.

“People in the West are spiritually suppressed. Anyone who dares stray from the mainstream categories, values and language is [steamrolled].”