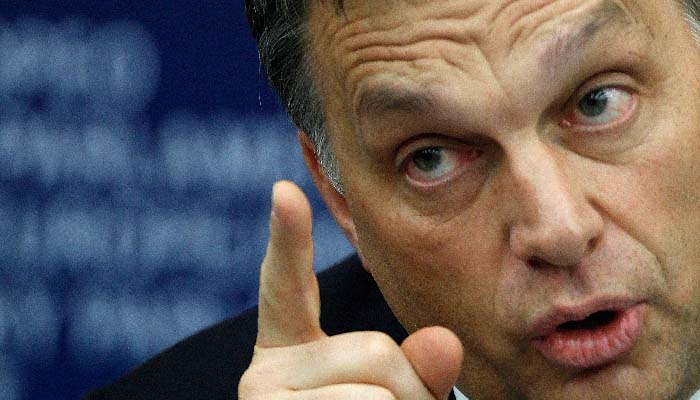 “If you’re rich, you must also be strong. The riskiest combination of traits in politics is to be rich and weak.” – Viktor Orbán, Prime Minister of Hungary

Prime Minister Viktor Orbán appeared on Kossuth Rádió, Hungary’s state-run radio station, this morning to talk about the refugee crisis. He said the Keleti train station fiasco is Germany’s fault.  The European Union was rich but weak when it should be rich and strong.  Orbán warned that tens of millions of refugees carrying unspecified diseases might attempt to enter Europe, and hinted at another national consultation in the works.

No need for debate

Orbán believes there is no need to debate the refugee crisis because the Hungarian government had already held a national consultation and the people had spoken.

“If we didn’t have that national consultation backing us up, then we’d be locked in a futile debate about what is happening right now. There’s no need for a debate like that,” he said.

The prime minister hinted at yet another national consultation that would provide Hungarians an opportunity to voice their opinions, but he didn’t elaborate on any specifics.

Orbán’s assertion that the refugees are carrying infectious diseases was debunked yesterday in a statement issued by the World Health Organization (WHO).

“In spite of a common perception that there is an association between migration and the importation of infectious diseases, there is no systematic correlation,” WHO wrote. “Communicable diseases are primarily associated with poverty. Refugees and migrants are exposed mainly to the infectious diseases that are common in Europe, independently of migration. The risk that exotic infectious agents, such as Ebola virus or Middle East respiratory coronavirus (MERS-CoV), will be imported into Europe is extremely low, and experience has shown that, when it occurs, it affects regular travellers, tourists or health care workers rather than refugees or migrants.”

The prime minister also addressed the Keleti train station fiasco, which has done much to add to Hungary’s tarnished reputation as an illiberal democracy.

Germany’s poor communication caused the fiasco, Orbán said, because Berlin’s invitation to the Syrian asylum seekers was a “false promise” that generated hope in the eyes of the refugees.

Orbán said the overwhelming majority of migrants arriving in Hungary are “economic migrants”, that is migrants arriving in Europe in the hope of living a more prosperous life. He says there are tens of millions of people around the world, including Africa and Asia, that see Europe’s prosperity and want a piece of it for themselves.

However, while “economic migrants” might be among those seeking entry to the European Union, the vast majority of asylum seekers from Syria claimed to be fleeing Islamic State and civil war.

Orbán asserted that “all these people are leaving their homelands for Europe” because “the words of European leaders seem to be invitations to come to the EU.”

“We simply can’t let everyone in,” he said.

“If you’re rich, you must also be strong. The riskiest combination of traits in politics is to be rich and weak.”

The prime minister commented on his Thursday trip to Brussels for a round of meetings with top EU leaders by saying there are serious differences in opinion between the European Union and Hungary.

EU leaders thought everyone should be allowed to enter the bloc – something Orbán said would mean the end of Europe.

He would be meeting with Visegrad 4 leaders in Prague on Friday to discuss the refugee crisis. He thinks the V4 leaders are much more understanding than EU leaders. “We have a much better understanding of the real situation because of where we’re located. We’re capable of talking about real world without the discussion become ideological.”

Orbán thinks the V4 countries value their identity and history, and “don’t want to embark on a completely new history”.