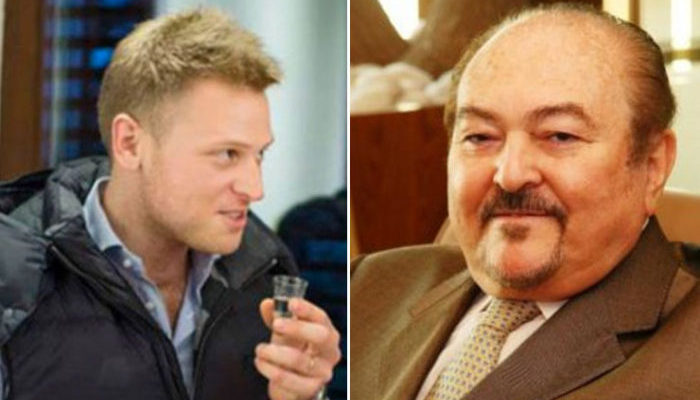 Prime Minister Viktor Orbán’s son-in-law István Tiborcz (left) recently purchased a company that regularly feeds at the public trough, according to a report by investigative journalism site direkt36.hu. According to its manager, the company, WHB Ingatlan Kft., deals in the construction of condominiums, as well as the appraisal and sale of real estate. While the company does not compete for public tenders on its own, it is part of the WHB Group, a consortium of companies that has won a series of big-ticket government projects.

The purchase of WHB Ingatlan Kft. is an about-face for Tiborcz, who a year and a half ago sold off his shares in companies that won a series of contracts from local governments to modernize public outdoor lighting.

Tiborcz has also been tied to Saudi businessman Ghaith Pharaon (right), a suspected terrorism financier wanted by the FBI and Interpol, who recently bought a property next door to Viktor Orbán’s Buda estate.

Tiborcz has had dealings with WHB and its majority owner Attila Paár before. In April of last year Tiborcz sold Paár his half interest in Elios Zrt., a company responsible for the modernization of public street lighting in small cities and specializing in LED lamps, for which Elios won a series of lucrative government contracts. An earlier Direkt36 article demonstrated that the public procurement requirements seemed to have been designed so that only Elios Zrt. would be able to fulfill them.

Now the two men have met again through Tiborcz’s late-August purchase of a majority stake in WHB Ingatlan Kft., owned exclusively by Paár since its foundation in 1999.

The company has been modestly financially successful. Paár once drew a HUF 20 million dividend from the company, which earned gross revenues of between HUF 33-88 million in the last four years, until last year when the company logged only HUF 7.9 million revenues with a HUF 2 million profit. By contrast, the WHB group’s central company, West Hungária Bau Építőipari Kft., logged profits of more than HUF 2.2 billion last year.

Paár is the majority owner of West Hungária Bau. The company has secured a number of public tenders and recently participated in the renovation of the Castle Bazaar (Várkert Bazár), construction of the MTK stadium and completion of the Tüskecsarnok sports complex. According to Paár, the company is currently involved in 40 construction and development projects around the country, including a role in the controversial Paks II atomic energy project. The company is also building an underground parking garage for a luxury hotel to be built on József Nádor square, in central Budapest, in a building bought earlier this year by Pharaon from a company connected to Tiborcz.

Since Tiborcz sold Elios Zrt. to WHB, the former company’s main activities have shifted from public lighting to building construction. His new company, WHB Ingatlan, has only dealt with real estate development since its foundation, the company’s manager insists. This makes their activities distinct from the general contractor role of West Hungária Bau within the WHB Group, the manager said, but “when it was necessary” WHB Ingatlan has made use of West Hungária Bau in its own investments.