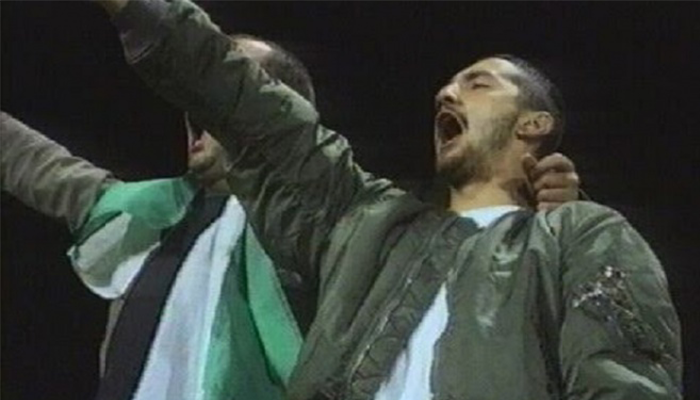 A pro-Putin demonstration has been cancelled after index.hu revealed that the founder of Hungary’s first neo-Nazi political party, Albert Szabó, was behind it.

Index’s András Dezső revealed a connection between former Jobbik member Adonis Kassab, a Syrian-Hungarian known to have a played a part in the “anti-Maidan” organization, and Szabó. Shortly after the article appeared the advertised protest disappeared from Facebook, together with Szabó’s wide range of pages and public profile.  Another group, “We stand with Russia”, known to echo the Kremlin’s Ukraine war propaganda, claimed that Index “jeopardized” their event.

Index describes Albert Szabó as one of the most controversial figures in Hungarian politics of the 1990s. Born in Debrecen, Szabó emigrated to Australia during the late Kádár era.  There he became acquainted with local Hungarian Nazi collaborator expats.  After the change of regime in Hungary, Szabó returned with an agenda: form the country’s first official neo-Nazi party to promulgate propaganda on behalf of Australian Arrow Cross circles.

Hungarian authorities banned the umbrella organization for neo-Nazis created in 1994 by Szabó’s “Party for World-National People’s Supremacy.”  Following a short liaison with the Worker’s Party (the political ideological heirs of the Hungarian Socialist Workers Party), Szabó returned to Australia.

He resurfaced online in 2012 when he started advertising jobs for Hungarians at an Australian company allegedly working on a “highlighted EU project.” After the eruption of the Ukrainian civil war in February 2014 “foreign jobs” offered by his website started to feature pro-Russian posts.

Ever since the Maidan protests in Kiev brought down the pro-Russian government of Viktor Yanukovych, Russia established an extensive network of ostensively independent news sites and facebook pages to promulgate its own propaganda. A number of Hungarian-language sites have been outed as mostly being operated by far-rightist figures who sympathize with Russia. One such site is Hidfo.net (Bridgehead), which accused the Hungarian government of shipping used tanks to the Ukrainian Army. The Russian government press office cited the information of the previously unknown small website as Hungarian press information.

From the outset Szabó’s far-rightist movements where characteristically pro-Russia . Recruitment amongst neo-Nazis followed Russian practices of open propaganda and guerilla-posters.

Open sympathy for Putin’s Russia is widespread within Hungary’s radical right-wing Jobbik party and among its supporters. While ruling party Fidesz is careful to balance its pro-Putin line with pro-Ukraine statements, Jobbik makes no such effort, blaming the Ukrainian conflict on the Maidan protests, which it claims were organized and funded by the CIA.