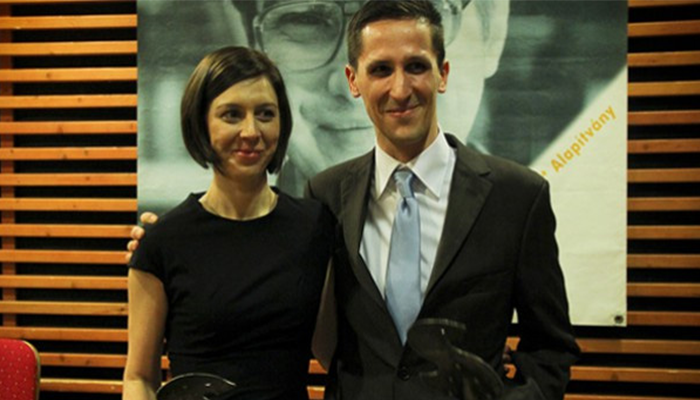 Babett Oroszi and Leonard Marias have been named the “Best Young Investigative Journalists of 2013” by the Jozsef “Soma” Gobolyos Foundation. The award comes with an HUF 1 million prize.

Writing for Atlatszo.hu, Babett Oroszi was recognized for her work in investigating how various levels of the Hungarian government issue grants for movie production. Leonard Marias was recognized for his articles appearing in HVG which uncovered who the winners of last year’s tobacco tenders were and their relationship to the large tobacco retailer Continental Zrt.

“Soma” Gobolyos was a Hungarian journalist who lost his life after a battle with cancer in 2000. The foundation was established in his honor in 2001, and “seeks to enhance the functioning of democracy in Hungary by providing awards, stipends and legal defense to investigative journalists working toward greater transparency and accountability in society.”